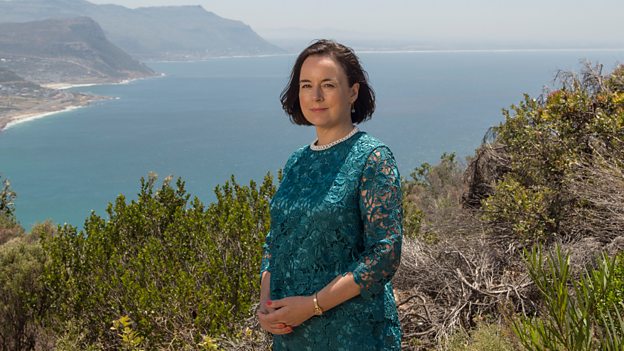 I felt the female characters in particular were really well drawn. Programs about the army often focus primarily on the men but the women in The Last Post are more than a match.Amanda Drew

How did you approach building the character of Mary Markham?

I watched a lot of films and television programs set in the 1960s and read about army wives and Aden. I also listened to the accents and vocal patterns of the period and worked with the voice coach Jeanette Nelson. I primarily drew on the memory of the kind of woman the mother of my childhood friend was. I never heard her raise her voice yet she spoke with precision and authority, and even if terrible things were happening she would never let it rattle her calm demeanour. Mary is the “keep calm and carry on” type. She’s stoic and she is the last person to complain.

Does Mary bond with the other women?

I sensed very strongly when we did the read-through that the wives like each other even though they are very different. Mary happens to feel that it’s not her role to question or to rock the boat, but I don’t think that makes her judgmental or snobbish at all toward anyone else. Mary understands the deal: Army first, then wife. Although there is a clear hierarchy within the army, and Mary is married to the Major, she doesn’t behave in a superior way. She encourages and champions Alison and Honor, and they all bond in spite of their differences. Peter Moffat has written the women very convincingly and with great dimension.

It deals with a fascinating part of modern British history with an amazing story line and great characters. I felt the female characters in particular were really well drawn. Programs about the army often focus primarily on the men but the women in The Last Post are more than a match.

How does it help filming in South Africa?

It’s a real treat to be filming in such a naturally beautiful landscape. The climate is extraordinary and the quality of light is like crystal, so bright and invigorating. And from the documentary footage I’ve seen it mirrors incredibly the environment of Aden. The windy but very hot landscape is stunning but also remote, somewhat unforgiving, and dangerous. It feeds in very naturally to the acting.

Any highlights of filming?

On day two I had to give birth to baby Peter. The amount of prop blood sloshing all over me with my legs in the air in a room full of strangers made for an interesting start to the filming!

Did you know much about Aden before you started the project?

I had heard of it but was ashamed by how little I knew, although slightly comforted when a lot of other people said the same thing. I’ve been doing a lot of fascinating reading, one book in particular by Jonathan Walker, called Aden Insurgency. Not only does the situation seem strangely remote, but it also seems like “oh dear, this is a situation that we keep finding ourselves in” because, you know, we still feel this need to go in to other countries and sort things out for them. While that on the surface might seem like a laudable endeavour, it often causes a lot more problems.