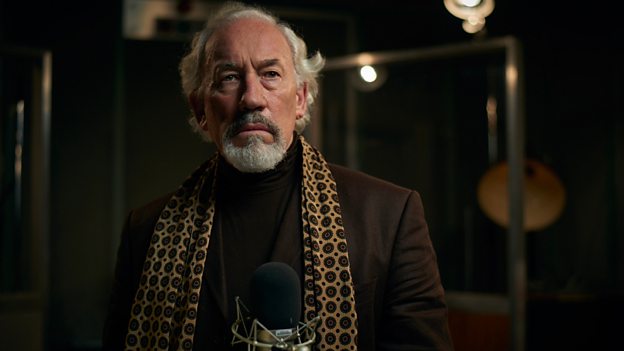 Christmas is very connected to the winter solstice, driving away the darkness and bringing the light back again. Ghost stories represent the dark - but most, not all, have a relatively happy ending.Simon Callow

Introduce your character and tell us about The Dead Room…

I play Aubrey, who is a very famous radio actor - one of the great stars of radio. Famously, in our story, Aubrey introduces ghost stories and our drama starts on one of such occasions - but then it all turns rather ghostly itself.

What attracted you to the project?

The script is excellent. It’s a really clever, witty, dark and quite a political story. Mark is also a very old and very dear friend - we’ve wanted to work together on something like this for a long time. The reason we know each other is from Doctor Who - he wrote an episode of Doctor Who in which I played Charles Dickens. That was a brilliant piece of writing and a lot of people liked that very much - it helped to humanise Dickens in some people’s minds. Not everybody knows about the man… most people know about the books, whether they have read them or not, but Mark’s episode was a rare example of showing the man in a human and vulnerable, yet crazy Doctor Who way.

Have you worked with any other cast members before?

I’ve met Susan many times at parties and things like that. We have friends in common. But I’ve never worked with Susan or Anjli before.

On television yes - but not from personal experience. Some people are susceptible to these things and I am not. I’ve got no ghost story to tell.

Why do you think ghost stories work so well at Christmas time?

It’s a very old tradition. It’s true - it goes back to Dickens. In The Pickwick Papers, when they are all having their Christmas knees up they sit around and tell ghost stories. I think it’s pre-Christian really, it’s probably quite pagan. Christmas is very connected to the winter solstice, driving away the darkness and bringing the light back again. Ghost stories represent the dark - but most, not all, have a relatively happy ending. I think we like to scare ourselves  we like to tell each other scary stories. Unfortunately sometimes some scary stories - like Brexit - turn into a reality.

How was shooting at Maida Vale?

It was great. It’s a wonderful place. It’s miraculous. It hadn’t been in use for some time and Mark had always set his heart on shooting there - it brought a lot of atmosphere. It was a little bit spooky in itself as we were the only people working in a studio there. There were all these empty rooms - very occasionally somebody else would come in but it felt very different to working in a thriving studio.

Have you worked in a radio drama before?

I’ve done a lot of radio. I did my first radio in 1975. I’ve recorded some of the great ghost stories - M. R. James and Dickens and so on. They are very enjoyable to do - because you sense the reader getting more and more spooked as you go on.

It’s very clever of Mark to have used The Dead Room as the title - because of course a ‘dead room’ is the name for a soundproofed room for recording radio. I’ve always thought there was something poetic about that idea - a dead room. The room itself is dead? Or maybe it’s the room of the dead?

I would like a few ten day weeks. I’d like to extend the year a little bit. If Santa could bring me some time, I’d be very grateful. Money is always nice, but time is better.