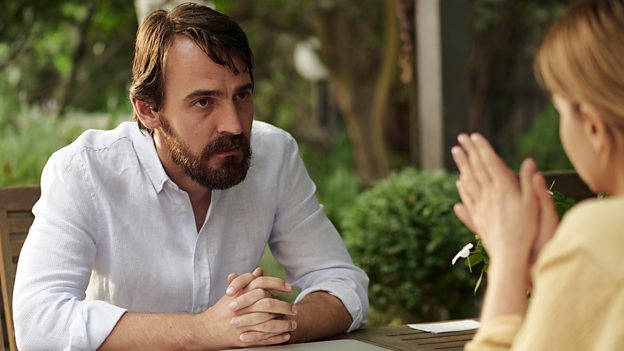 I think what the show hopes to do is deconstruct a lot of the myths of motherhood. There’s a lot of people - men included - that have babies and really struggle. Ewen Leslie

How did you become involved in The Cry, what attracted you to it?

I loved the script and then read the novel by Helen FitzGerald and I found it a compelling read - it was a page turner, filled with complicated characters in a complicated moral dilemma. I thought it would make a really great drama. And I worked with director Glendyn Ivin a year ago on a TV show called Safe Harbour - so the producers spoke to Glendyn about me playing Alistair in this.

Can you tell us a bit more about Alistair, your character?

Alistair works as an advisor for a political party in Scotland. He’s someone who likes to be in control. He is very good at making quick decisions under very high pressure situations, someone who is very used to working behind the scenes and pulling the strings, but through the course of the story, he finds himself on the other side of that. Suddenly he is very much under the glare of the press and public opinion… and he starts to unravel.

What have you enjoyed about playing him?

What did you find challenging?

Playing someone like this, you have to empathise with him. You have to find a way of getting inside his head and to see something completely from his point of view. He’s trying to do his best to make the right decision every step of the way - but they’re not always the right decisions. I think he is coming from a good place ultimately, trying to keep his head above water and make the best decisions in a horrible situation.

How would you describe the series?

The show sets up a compelling moral dilemma at the centre of it. I hope that what we’re creating is a compelling, exciting, surprising and ultimately moving drama. I think what the show hopes to do is deconstruct a lot of the myths of motherhood. There’s a lot of people - men included - that have babies and really struggle. It’s such a life changing situation. It’s a taboo - people don’t want to bring up the fact that they are struggling. You see people handling it so wonderfully that it makes you feel horrible about the fact that you’re not doing so well yourself. I hope there’s a lot of people who will find it very relatable.

What do you think audiences will get from the series?

I think it’s a show that holds its cards very close but as it starts to reveal them, I think audiences are going to find it really thrilling. I hope that people will watch it and understand the characters find themselves in a complicated and horrible situation - a lot of what makes it really compelling is watching these characters make decisions… some of which make you think “I would never make that decision myself but how are they possibly going to find their way through this…”