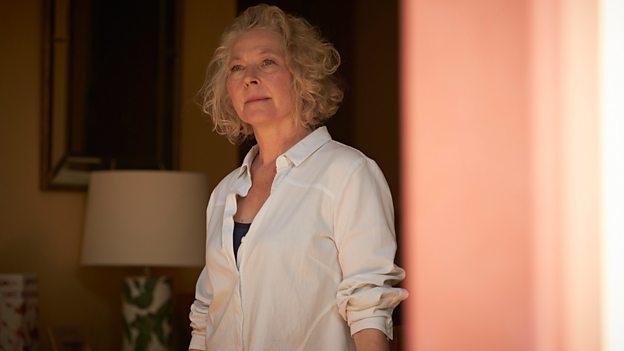 The shock for me was dealing with the heat in Australia. I don’t know how the Aussies felt being here.Stella Gonet

Tell us about your character Elizabeth?

I play Elizabeth, the mother of Alistair. My character lives in Melbourne. I’m there waiting for Alistair and Joanna to come and spend some time with  us in Australia. Alistair was never an easy child and so she bonds with Joanna over their difficulties with him. She also bonds with Joanna over post-natal depression. Elizabeth lacked a mother instinct towards him - which she’s always felt very guilty about - and she opens up to Joanna about that. The other mother is Alexandra, played by Asher Keddie, and for the three women, Alistair is the connection. So I think there’s a bond that we all feel with each other because of that. I’m not saying that we all gang up against him but there’s a kind of sisterhood of understanding.

How has it been working with the rest of the cast?

It’s been terrific! Absolutely terrific. Elizabeth and Joanna, that’s been a lovely journey to go on. Elizabeth immediately bonds with Joanna and that was lovely to play. Ewen was amazing, he’s divine, a fantastic actor. Markella is a glorious, wonderful young talent. Asher Keddie, my god - a goddess. I didn’t realise quite how amazingly famous she was and then you go to Australia and she’s on the front cover of all these magazines - we don’t have her shows over here.

Now you’re back in Glasgow, what’s the difference to shooting in Australia?

Obviously we don’t have the climate, but we have the lovely warm people. The banter is always brilliant. I’m from Greenock so I know what the weather is like here, so there were no surprises for me. The shock for me was dealing with the heat in Australia. I don’t know how the Aussies felt being here. I think some of the children had never seen rain before! No, it was lovely to be here. I don’t work in Scotland very much so it was absolutely heaven.