In a post-truth world can we really believe what we see? 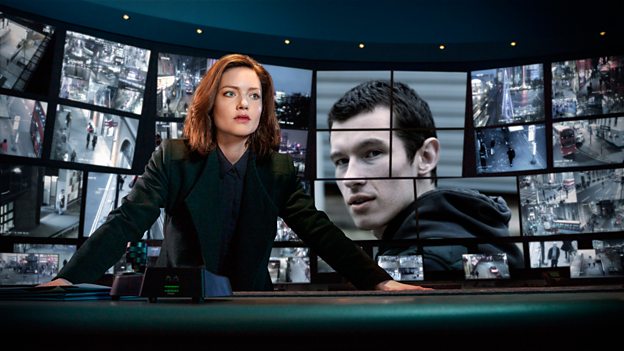 My ambition was to create a modern-day conspiracy thriller that evoked the mood and paranoia of my favourite 1970s post-Watergate movies… I had no idea our current era would turn out to be such a good fit.Ben Chanan, series creator

Category: BBC One; Drama; Casting; Commissioning
An acutely timed six-part surveillance thriller that looks at a troubling world of fake news and the extraordinary capabilities of the intelligence services. In this ‘post-truth era’, can we really believe what we see?

When soldier Shaun Emery’s (Callum Turner) conviction for murder is overturned because of flawed video evidence, he returns to life as a free man with his young daughter.

But when damning CCTV footage from a night out in London comes to light, his life takes a shocking turn - and he must fight for his freedom once again.

DI Rachel Carey (Holliday Grainger) is drafted in to investigate Shaun’s case, but she quickly learns that the truth can be a matter of perspective: should she trust Shaun Emery?

An introduction from Ben Chanan, series creator, writer and director

"Video evidence is one of the most successful ways to convict a criminal. Video fakery is becoming ever more convincing. So what happens when these two developments collide? What happens to criminal justice if we can no longer trust what we see?

When I began writing The Capture two years ago, these questions felt firmly like the stuff of hypothetical ‘what if’ drama. I think they still are, but maybe not for long. Now, barely a week goes by without a new warning about the potential horrors of facial recognition, deep-fakes or fake news. Perhaps we will soon have to find new ways to judge the veracity of video footage.

My characters, in their efforts to uncover the truth, fall back on more fundamental, human faculties: memory, trust, instinct. But these things are hardly infallible. Can the traumatised soldier rely on his memories? Can the idealistic police detective trust the institutions that surround her? Eventually, the soldier and the detective will come to question everything they know and believe in.

This turbulent scenario reflects how the world feels to me at the moment. Several years ago, when the foundations for this idea were laid, I was working on a documentary about counter terrorism, interviewing retired agents from US Homeland Security and the CIA. I got a clear sense of where they all were politically - generally Hawkish, George W Bush-era Republicans. Now many of those same spymasters are commentators for CNN. Routinely they lambast a Republican administration, whose President has professed a love for Wikileaks. Up is indeed down, black is white.

My ambition starting out was to create a modern-day conspiracy thriller that evoked the mood and paranoia of my favourite 1970s post-Watergate movies, The Parallax View and Three Days Of The Condor. I had no idea our current era would turn out to be such a good fit."

A Heyday Television and NBCUniversal International Studios production for BBC One.