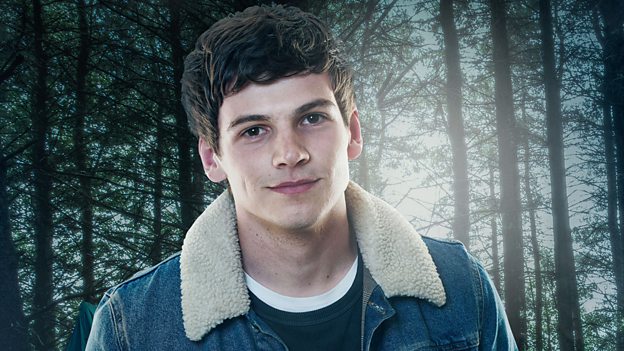 I thought it was interesting that in other shows Dev might be considered the male lead, but really this is a story about two very powerful female characters.Jacob Dudman

I thought it was interesting that in other shows Dev might be considered the male lead, but really this is a story about two very powerful female characters. It’s important to have that kind of narrative told and for the heroic romantic lead to take a back seat.

What was your standout scene of the shoot?
We had this amazing day shooting at Portencross Pier across from the Isle of Arran - Where Dev and Amber have a heart to heart just by the water. Obviously it’s beautiful scenery but also in story terms, it was really nice to have a moment where not only Dev opens up but Amber opens up as well. We see a different side to Amber when he says “I want something real” and realise she wants something real as well.

At first glance it can look like a young adult drama, but if you look further than that, it’s actually got a lot of different elements in it. It can be quite dark, it can be quite funny - I think a lot of teen shows don’t really have all of those dimensions.

Another thing that’s important is that it has not only a diverse cast but also a range of characters - it’s an ensemble cast of 12 in the camp - I think there’s a character you can relate to whoever you are.

How does the role of Dev differ from other parts you’ve played?
This is my first TV series. It was lovely to be with a group of people as well where, for a lot of them it’s their first TV series too.

My background was in voice acting and impressions - I only really started screen acting last year. I narrated Doctor Who audio books for the BBC Big Finish and also narrated the tenth and eleventh Doctor Who.

What do you hope for the future of Dev and The A List?
For Dev, I hope that he is more his own, standalone character, as in he’s not attached to either of the girls, in terms of plot. I hope the show continues to grow and becomes more epic and bigger in scale and gets a second series, a bigger budget and let’s see what happens!