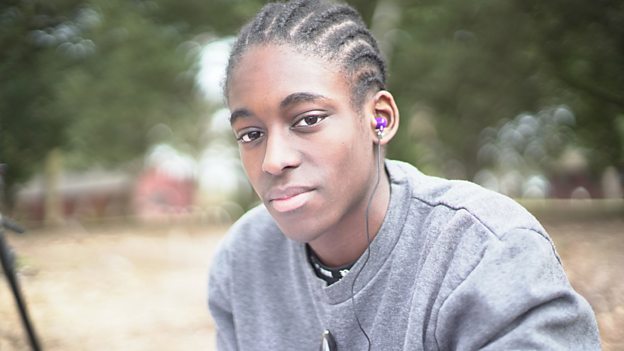 This is My Life

This is My Life: Boys To Men

This is My Life: Boys To Men shines a light on the very real issues facing teenage boys in London as they learn how to navigate through the challenging transition from boyhood to manhood. It tells the story of three promising teens, striving to overcome the challenges and dangers in their environment. Ruben, Leon and Micah are members of The Manhood Academy; a community based programme that provides mentorship and empowers young men who lack positive male role models.

All three boys have very different hopes and dreams but are united by their shared experience of being without a consistent father figure in their lives.

Ruben wants to learn to be more responsible at home and to gain more confidence in the group where he is one of the youngest and smallest. Leon wants to become a chef and cook for the group, but knows he has to prove he is mature and responsible enough, and Micah wants to prove to himself - and others - that he is resilient and not defined by his hearing impairment.

The film follows their journey as they pack their bags and head out of London with other members of the group for a stay in a place way out of their comfort zone. For one week, they leave the familiarity of their postcodes and go back to basics during a stay in a cabin located deep inside the New Forest in Hampshire.

Mentors Davis, Rio, Aundrieux and Albert put the boys through their paces and push them to their limits physically and mentally. Each of the boys have to confront their fears and work together as a team to the overcome hurdles in what becomes a transformative moment in their lives.

By the end of the intense week, the boys will have gone to places and done things that they never imagined were possible. But as with their daily reality in London, they will be faced with disruptions and heart-breaking news from back home that puts the challenge to better themselves and escape the negative cycle into perspective.

Made by Big Deal Films for BBC.

This is My Life: Life After Care

In this moving coming-of-age documentary, care leavers Arron and Sulaimaan stare ‘instant adulthood’ in the face. It’s a difficult and challenging prospect without the help of a supportive family to draw on and the film follows them as they navigate a series of first time big life, moments.

Sulaimaan, who has moved six times during his six years in the care system, is both excited and nervous about the prospect of finding his first permanent home. He has also started training as a plumber ‘to make something of myself, I want to be someone, not just a statistic’.

Arron was taken into care at 12 because his heroin addict parents were unable to look after him. He is determined to follow a different path, juggling starting a new job with learning to budget while at the same time manage without a foster family or care worker. In finding his independence he also finds the courage to talk to his parents about how he felt on the day he was taken into care and the film captures this emotional and poignant moment.

Made by Chatterbox TV for BBC.