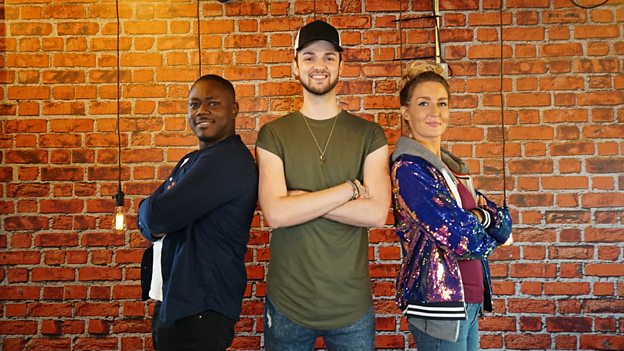 I’m Not Driving That! With Ali-A

Category: BBC iPlayer; Factual; Commissioning
Vlogger and petrol head, Ali-A, transforms young drivers' first cars in return for them improving their skills behind the wheel in this 10-part series.

Ali teams up with car customiser, Helen Stanley, who brings her expert knowledge and design flair to breathe new life into these old bangers inside and out. Each week celebrity ‘clients’ including singer songwriter John Newman, Love Island’s Marcel Somerville and reality star, Scott Thomas, also drop into the workshop to pick up their own, newly-customised motors.

But what will the young drivers think when they see their revamped rides? In the first episode 17-year-old Callum relies on his old banger to take his dad to hospital appointments, but it’s far from the boy racer motor of his dreams.. will the new look car live up to Callum’s high expectations? Also featuring ex-Geordie Shore star, James Tindale.

Tara, 18, is a self-confessed tomboy who loves her little motor ‘Peggy’ more than anything, but Peggy’s engine is on its last legs. Can vlogger Ali-A and his team save Peggy from the scrap heap and turn her into something Tara can finally show off at car meets? Tattoo Fixers star, Jay Hutton, also makes an appearance.

Make-up artist, Jake, is after a bright, stand-out car to match his colourful personality. He has brought along his first car that he purchased with his grandmother’s inheritance, but it’s dull, grey exterior and lack-lustre look isn’t doing Jake’s personality justice. Coming to the rescue is Ali-A and team who are challenged with making this car as bold as its owner. First, Jake must transform his driving skills before he gets his revamped car returned. Also popping into the garage is reality star, Scott Thomas, who is after a complete colour change on his stylish 4x4.

Eighteen year old Shannon’s old car, Sheila is dear to her heart, but this old banger is far from the sleek ride Shannon is dreaming about. Plus the car is covered in bumps and scratches from Shannon’s bad driving. Will the new look Sheila be as loved by Shannon as the old? Also featuring Love Islander and Blazing Squad star Marcel Somerville.

Tom needs his first car to travel long distances so he can socialise with fellow deaf friends, but he’s embarrassed to be seen in it and his unreliable banger has broken down nine times in a year. Time for Vlogger Ali-A and his team to transform the tired motor into something he can be proud of. Singer songwriter, John Newman, also pops in with his retro V8 kit car.

Safwan bought his first car from his brother. Although it’s part of the family, this bruised and battered old motor has definitely seen better days. Will vlogger Ali-A and his team be able to save Safwan’s sweaty, stinky motor and turn it into something his basketball teammates would be proud to ride in? Also featuring Love Island’s Olivia and Alex Bowen.

Lucia, 18, is embarrassed by her uncool, leaky car so it’s down to vlogger Ali-A and his team to vamp up the bland banger for cat-obsessed Lucia. But when it comes to themed-transformations, how far is too far? Also featuring Coronation Street star and petrolhead Simon Gregson.

New driver and music producer, Tim, loves the boxy look of his old car, but it looks a mess and the locks are bust so Tim has to get into the car through the boot! Luckily Ali-A and his team are on hand to give Tim the retro car of his dreams and sort out his rather speedy nature behind the wheel. Also featuring former Sugababe Amelle Berrabah.

In this episode, 18-year-old budding actress Eva’s first car used to belong to her late godfather. Even though it’s old and dented, she can’t bring herself to replace it. Time for Ali-A and his team to make this special motor red-carpet ready. But will Eva think it’s new look is an award winner? Also featuring Made in Chelsea’s Alex Mytton

Romaan loves cars, but he is fed up with being embarrassed to bring his motor to his car valeting jobs. Luckily Ali-A and his team are on hand to give Romaan a car he’ll be proud of, and to make over his reversing skills. Former Hollyoaks actress Jazmine Franks drops by.

Made by Endemol Shine North for BBC.