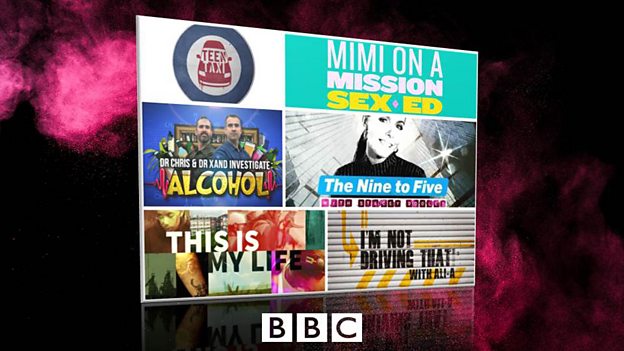 We are offering a small but carefully chosen slate of programmes on BBC iPlayer which reflect 12-15s specifically and which adds to the broad appeal content they already love elsewhere on the BBC like Strictly, Would I Lie to You and The Apprentice.Cheryl Taylor

Category: BBC iPlayer; Factual; Commissioning
The BBC has today unveiled its brand new programmes for 12-15-year-olds reflecting the highs and lows of their lives in the UK today.

The multi-genre offering explores the challenges faced by young people when it comes to important issues like mental health and sexuality. They give an insight into what this age group are talking about with their friends and families, what is important to them, and all the positive outcomes they are capable of achieving.

The new content, which will air exclusively as box sets on BBC iPlayer from 10 February, will feature established presenters such as Stacey Dooley alongside prominent YouTube stars like Ali A and Mimi Missfit.

The Nine to Five with Stacey Dooley follows five 16-18 year olds as they experience the rigours of the workplace for the first time. For some it is a complete shock to the system while, for others, it’s a chance to learn some new skills and discover what direction they want their lives to take.

Teen Taxi shines a humorous and engaging light on the daily conversations teenagers and their parents have on life, love, friendships as the engaging teens open up during every day trips in the family cars.

I’m Not Driving That! With Ali-A sees vlogger and petrol head, Ali-A, transforming young drivers' first cars in return for them improving their skills behind the wheel. But what will the young drivers think when they see their revamped rides? The programme also features a host of celebrity clients dropping into the workshop to pick up their own, newly-customised motors.

This is My Life: Boys to Men tells the story of three promising teens, Ruben, Leon and Micha. As members of The Manhood Academy - a community based programme that provides mentorship and empowers young men who lack positive male role models - they are all striving to overcome the challenges and dangers around them.

Mini series, Dr Chris and Dr Xand Investigate, uncovers the science behind mental health issues as well as exploring the impact that alcohol can have. In the mental health special, they explore the common triggers for mental health issues and four young people, including Jordan Stephens from music duo Rizzle Kicks, share their personal experiences. In the episode on alcohol, the doctors take a look at why alcohol can be dangerous with Dr Xand having one drink too many while Dr Chris performs a revealing range of medical tests on him. Dr Ronx joins the doctors for another episode, Life Fix, as YouTubers Mimi Missfit, Luke Cutforth and BBC Radio 1Xtra DJ Yasmin Evans share their life-fixing know-how.

Coming up later in the year are Mimi On A Mission, a mystery drama series Get Even and comedy drama Lauren and Craig.

Mimi on a Mission presented by YouTube star, Mimi Missfit, follows a group of 15 year olds as they travel to Holland to find out how the Dutch teach about sex and everything related to it, from their own bodies, to falling in love and keeping safe online.

Lauren and Craig are much loved characters from Millie Inbetween and this new spin off series, Lauren and Craig, continues their story. It follows the stepbrother and sister as they are forced to take the next big step into adulthood together - independent living.

Also later in the year, mystery drama, Get Even, follows four teenage girls at private elite school, Vandermere. On the surface the girls appear to have nothing in common except for one passion which unites them - to expose injustice. They form their own secret society, DGM - they Don’t Get Mad, they Get Even - and play anonymous and corrective pranks to expose bullies. But when their latest target ends up dead with a ‘DGM’ card in his hands, the girls realise that they’re not as anonymous as they thought— a mystery enemy is seeking revenge on them.

Cheryl Taylor, Head of Content for BBC Children’s, says: “It is widely acknowledged that 12-15 year olds can be a difficult audience to reach. We feel that there should be more public service content specifically for this age group. This new content bridges the small gap between the top end of CBBC and all the amazing content for 16-34s on BBC Three. We are offering a small but carefully chosen slate of programmes on BBC iPlayer which reflect 12-15s specifically and which adds to the broad appeal content they already love elsewhere on the BBC like Strictly, Would I Lie to You and The Apprentice.”