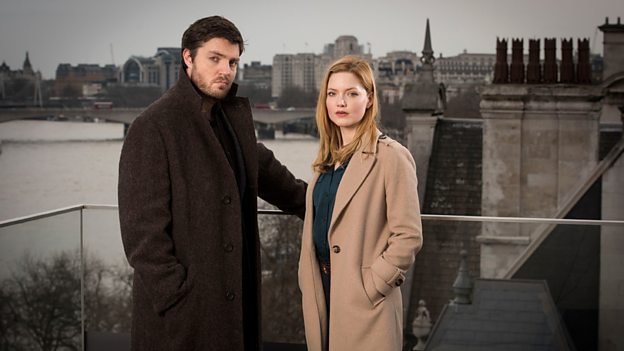 Interview with J.K. Rowling (on behalf of Robert Galbraith)

I had this dream that I might be able to get maybe three books out under the pseudonym before anyone realised it was me.J.K. Rowling

Did you start to think about this project after The Casual Vacancy, or was the idea of writing crime something you’d thought about a long time before?

Was it always your idea to write under a pseudonym for these books?

It was, yes. I really wanted to go back to the beginning. I wanted it to just be about the writing. I had this dream that I might be able to get maybe three books out under the pseudonym before anyone realised it was me. I was realistic. I thought, if they have any success, then probably I will be rumbled, because I think questions would be asked about this guy who never wants to give an interview and never wants to meet a television producer and never wants to talk to anyone. In fact, things became difficult quite quickly, because I was very lucky and the book was picked up. In fact, we had a call from the BBC and they wanted to adapt it before they knew it was me. That presented Robert with his biggest problem! Which is a really nice problem to have, but things became difficult to sustain quite quickly.

Why a man, why Robert Galbraith?

Why a man, well because I just wanted to go as far away from me as possible. He was Galbraith for a peculiar reason. As a child I really liked the name Ella Galbraith and I don’t know why I liked that name and I don’t even know why I knew the surname Galbraith, because of course it’s a Scottish name and that’s not where I grew up. But I took Galbraith because I had this thing about the name. I called him Robert purely because it’s a name I like.

Did it change the way in which you wrote?

It didn’t change the way I wrote. Or not consciously. I think I was writing differently, because it’s a very different genre. The pseudonym was just a way of disconnecting myself from all of the baggage that comes with being me.

Being me has many privileges, so this isn’t a complaint in the slightest, but at the same time, as I entered this new genre, one that I’d always wanted to write in, a place I’d always wanted to be; I really wanted to go in without expectation or baggage. To receive reviews from people like Val McDermid or James Patterson without them knowing it was me, was just fabulous. I wrote them thank you letters in Robert’s fake handwriting! Then I was rumbled about two weeks later and I had to write them all thank you letters again in my real handwriting apologising for the first ones.

I wasn’t trying to trick anyone or fool anyone, because I wouldn’t ever have done the big reveal, I was just aware that I would be lucky to get away with it for many years. But I certainly hoped I’d be able to get three books out of Robert before anyone knew.

Were you ever inspired by some of the classic detectives that we know, or did you think you’d actively avoid that?

Part of the appeal and part of the fascination of the genre is that it has clear rules. I’m intrigued by those rules and I like playing with them. Your detective should always lay out the information fairly for the reader, but he will always be ahead of the game. There are certain immutable laws of detective fiction that I follow.

But in terms of creating a character, I think he conforms to certain universal rules but he is very much of this time. He is a veteran of wars that many people still re-run politically and talk about. He’s a complex character because he’s rooted partly in the military and partly in the very louche world that a lot of people would like to enter without really understanding how damaging that world can be. He is unique as I think every detective should be, but he’s rightly conforming to the rules of detective fiction that make detective fiction fair for the reader.

With the detective theme, do you feel that we’ve slightly neglected that rather romantic world of the detective in recent years, because of change in technology or culture in the UK?

It is challenging to create a hero who is not in the police force. We’ve moved for excellent reasons, to heroes who are operating within the force. Because then you have access to all this amazing evidence and it’s credible. That’s what real life is like.

Having said that, private detectives do still exist and many of them have come out of the forces. You find a lot of people in close protection and detective work are ex-SIB as Strike is, or ex Police. It’s an interesting world. You get to focus far more on the individual, it’s much more small scale.

Because I had this idea for this relationship between this man and this woman, that was the world it had to be in. If I’d placed them both on the police force, the dynamic between them would have been entirely different.

I wanted to explore a far smaller scale, human operation and a far more personal relationship.

Although you don’t write for screen, what’s it like to then see this translation from novels? Is it unnerving?

It’s always slightly unnerving, because you are obviously giving up control, so you’d better really trust the people you’re working with. That’s key for me. Who am I going to be working with?

For Strike that was even more important because literally, the first time I met Tom, I said, "Well I hope to God you do enjoy playing this character because I think I’ve got at least another 10 books in me, so you could be locked in for quite a few years here."

It was really important to me that we got the right people in front of the camera, and off camera. Because as I say this could go on for a very long time. I hope it does, because I absolutely love writing the books on which the TV scripts are then based.

On Cuckoo’s Calling and Lula in particular; there seems to be that fascination to people who are living outside society to a degree. Are you actively drawn to these types of characters?

I’m really thrilled with the way they’ve tackled the character of Lula in the TV show. In the book, you know her through voicemail and memory. A lot of the way that you connect with Lula in the book is through Strike’s inner musings about her, and Robin’s too. They think about her, but obviously on TV you can’t see people thinking.

They’ve very beautifully done the flashback scenes so that you have a sense that this was a real human being who died, which we should never lose sight of, that these are actual real people who die, although fictional.

I’m thrilled. I’m really happy. He’s a fantastic actor and he’s got all of the physicality of the part. It’s very important. The character’s obviously an amputee, it’s physically difficult at times for him to move, to walk, to navigate. All of that’s really in those scripts and Tom does it amazing justice and he’s extremely convincing I think as this wounded soldier.

Has Tom brought anything to that character that surprised you?

I’d seen him act on TV before. I hadn’t seen everything he’d done, but then he was cast and so I went and looked at other things he’d done because I really wanted to know who was going to be playing Strike. He’s a remarkable actor.

The thing with Strike, particularly in the early book and in the early series, he’s quite taciturn. He’s quite buttoned up, so you’ve got to say quite a lot without saying a lot. He’s magnificent at that. He’s a clever person and he just does justice to that.

He can be quiet, but I knew he could be - I’m talking about Tom here, not Strike. I knew Tom could convey menace very well because I watched him play Dolokhov and he for me blew everyone else off the screen in War and Peace, I thought he was amazing.

Holliday seems to have brought something quite genuine to her role.

I love her, I just love her. I couldn’t have asked for better.

In some ways, she is Strike’s mirror image in that you’re looking here at someone who’s very loveable. She’s a kind person. I think it’s a difficult part to play in many ways. Again, because in the first series and in the first book, you don’t know. I hint at what lies beneath, but she seems like a very nice girl next door who comes in and is awfully helpful and kind and slowly you realise just how much is bubbling under the surface.

That’s not an easy part to play and she does it so brilliantly. When I say a mirror image of Strike, women like Robin. They like her in the books and I think women will really like Holliday on screen. But again, you’ve got a very attractive character to the opposite gender as well and I think people will like… or maybe not the opposite gender, maybe the same gender, she’s very attractive.