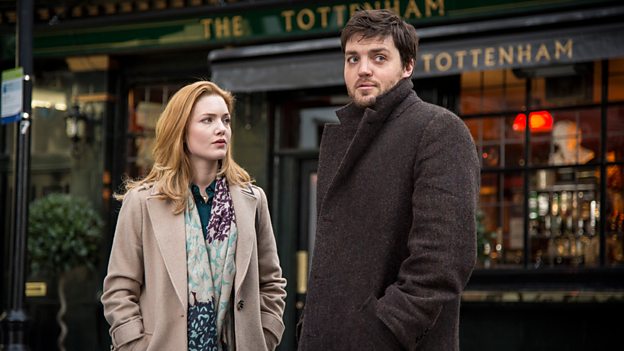 The Cuckoo’s Calling is the first in the Cormoran Strike series and J.K. Rowling’s first crime novel written under the pseudonym Robert Galbraith

A BBC One mini-series, in association with HBO/Cinemax, adapted from J.K. Rowling’s global bestselling novels written under the pseudonym Robert Galbraith. Written by Ben Richards and directed by Michael Keillor.

Robert Galbraith’s Cormoran Strike novels have been adapted for a major new television series for BBC One, produced by Brontë Film and TV.

The Cuckoo’s Calling (published by Little, Brown) is the first in the Cormoran Strike series and J.K. Rowling’s first crime novel written under the pseudonym Robert Galbraith.

Tom Burke stars as Cormoran Strike, a war veteran turned private detective operating out of a tiny office in London’s Denmark Street. Though he’s wounded both physically and psychologically, Strike’s unique insight and his background as an SIB Investigator prove crucial to solving three complex cases which have eluded the police.

Holliday Grainger plays Robin, assistant to Strike. Though she begins as a temporary secretary, managing Strike’s chaotic life, she soon becomes involved with his caseload and begins to see her true potential.

The Cuckoo’s Calling was published to critical acclaim in 2013 and went on to be a global bestseller, followed in 2014 by The Silkworm and Career Of Evil in 2015. All three books were number one Sunday Times bestsellers in both hardback and paperback and Little, Brown has sold in total over four million copies worldwide across all editions.

Cormoran Strike is one of the most memorable and distinctive detectives in crime fiction today and Robert Galbraith is among the genre’s most celebrated writers, shortlisted for the prestigious CWA Gold Dagger in 2015 and the Theakston Old Peculier Crime Novel Of The Year in 2016.

This marks a continuation of the BBC’s relationship with Brontë Film and TV and J.K. Rowling. Brontë Film & TV produced J.K. Rowling’s The Casual Vacancy, a three-part serial which aired on BBC One in 2015.