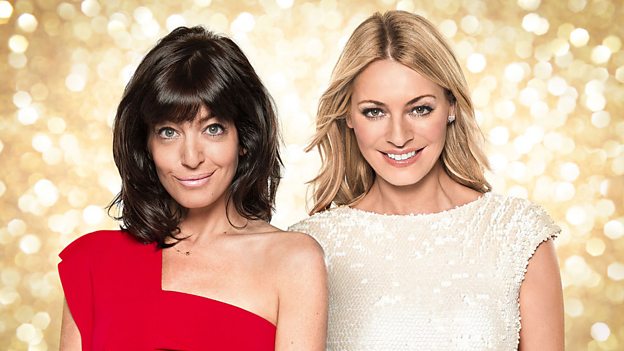 Category: BBC One; Entertainment; Online and interactive; BBC Two
Strictly Come Dancing is back! Fifteen brand-sparkling-new celebrities ready to dance away on Saturday nights on BBC One.

The 12th series of the nation’s favourite dancing show is back this Sunday 7 September 2014 on BBC One at 8pm. Co-hosts Tess Daly and Claudia Winkleman present an exclusive premiere from the Strictly studios and give viewers at home the first glimpse of this year’s 15 budding celebrity dancers.

For this exclusive premiere, the celebrities will face the flashbulbs and fans before heading to the shiniest floor in showbiz where they will discover who they will be partnered with. Viewers at home will be party to the first exclusive glimpse of their initial meeting.

The duos then have three weeks to train before returning to the Strictly ballroom to perform live to the nation in a bid to impress judges Len Goodman, Craig Revel Horwood, Bruno Tonioli and Darcey Bussell.

Tess and Claudia return on Sunday evenings to present the results show from week two of the competition. Each couple with the lowest combined scores, from the judges and public vote, will face each other in the dance off, with one couple leaving the competition for good. But no celebrity leaves until all of them have done two live shows first.

Following last year’s successful visit to the international home of ballroom dancing, Strictly Come Dancing will once again return to the world famous Blackpool Tower Ballroom when the competition reaches its half way stage.

As always, Strictly fans can catch up with Zoe Ball and all the latest backstage gossip on Strictly’s weekday sister show, It Takes Two on BBC Two.