A romantic mystery delving into love, loyalty and vengeance 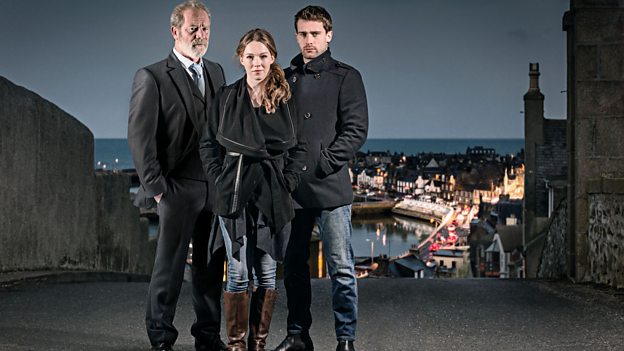 The two-part TV dramatisation focuses on the character of Stewart Gilmour played by Christian Cooke (The Promise, Magic City), who returns to the fictional village of Stonemouth for his best friend's funeral. Run out of town two years earlier by girlfriend Ellie Murston’s criminal family, Stewart is forced to face up to his own past whilst uncovering the sinister truth behind his friend's apparent suicide. Stewart resolves to find out what really happened, which means he must face the girl he left behind – Ellie.

Written by David Kane (Shetland, The Field Of Blood) and directed by Charles Martin (Run, Wallander and A&E's US remake of The Returned), Stonemouth was co-commissioned by Ewan Angus, BBC Scotland's Head of Commissioning and Ben Stephenson, former Controller of BBC Drama Commissioning.

“Iain was really happy that David [Kane] was going to be adapting his work – he’d been really looking forward to collaborating with him and it is one of the sadness’s of losing him so suddenly that we weren’t able to work with him on the show.

“David was very conscious of staying true to the spirit of Iain’s writing throughout the adaptation and I think he’s done that brilliantly.

“David has a great sense of character and plot and, like Iain, knows how to use warmth and humour to create distinctive and engaging characters. He’s really captured the spirit of Iain’s writing and the wit in David’s dialogue is very much in tune with the wit in Iain’s writing.

“One of the distinctive aspects of the Stonemouth story is that it really captures the world of a younger generation in Scotland – the world is their oyster, but they really value their friendships and the community they come from.

“One of the themes of the story is young people choosing to stay in their home towns and making a difference there, and the choices they make which differ from their parents’ generation. There are great moments of drama in the different directions the two generations take, so it was an ideal opportunity to showcase some of the most exciting emerging talent as well as enjoying stellar performances from high profile cast.

“It’s great to see such a strong cast of young actors give such compelling performances – there is a great energy and fun in the scenes they have together. The combination of bold young actors like Christian Cooke and Brian Gleeson going head-to-head with established actors like Peter Mullan and Gary Lewis, creates some great electric moments.”

“Iain Banks had a hugely distinctive voice. His books often weave together touching and nostalgic love stories with crunching action or elaborate, mysterious investigations. His writing is very human, his characters often vulnerable and fragile but the plots always surprising and complete.

“I hope Iain would be pleased with our adaptation. He met our screenwriter, David Kane, in what turned out to be the last months of his life and they discussed many of the ideas in the show that were developed from the novel. Director Charles Martin has brilliantly captured the ‘Banksian’ tone, especially in the casting and use of music in the show.

“We have a wonderful combination of the very best established Scottish actors [Peter Mullan, Gary Lewis and Sharon Small] with some of the most exciting younger acting talent in the country.”

Based on the book by Iain Banks, Stonemouth is a BBC Scotland and Slate North production for BBC One Scotland and BBC Two.