Spy In The Wild 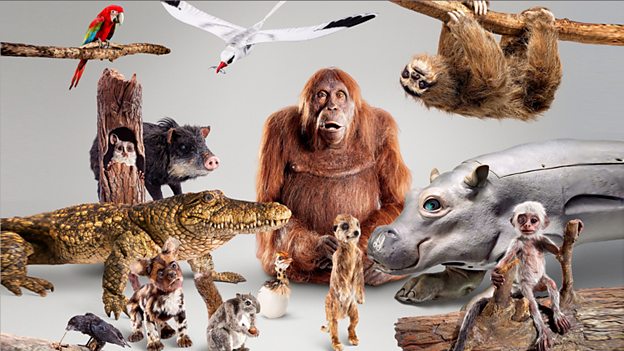 The aim of this series was to capture these elusive moments where animals do something so extraordinary that it makes us consider our own connection with the natural world. John Downer, Executive Producer

Category: BBC One; Commissioning; Factual
In a highly innovative new natural history series, Spy In The Wild deploys more than 30 ultra-realistic animatronic Spy Creatures to go undercover in the animal world. This 5x60 BBC One documentary series captures unique animal behaviour on film, closer than ever before.

Using special 'spy cameras' invented by film maker John Downer’s team at John Downer Productions, the viewer is plunged into the heart of the extraordinary lives of a handful of fascinating animals, revealing behaviour that is remarkably like our own. To expose some of the most astonishing animal behaviour ever seen, the team of Spy Creatures go undercover. These robotic lookalikes make all the right moves to not only be accepted by animals but also to interact with them, providing revelatory insights into their world.

In this four-part series, each episode is packed with a menagerie of animatronic Spy Creatures exploring the different aspects of animal behaviour: love, Intelligence, Friendships and Mischief.

The innovative techniques and ambition of the BBC One series are documented in the fifth 'making of' episode, where we see the creation of the Spy Creatures and witness their first magical moves before they are deployed around the world, from deserts to rainforest to the Polar Regions.

How did this series come about?
The idea was a natural progression from the intimate viewpoints and storytelling of the previous series. The first 'Spy film' went out in 2000: Lions - Spy In The Den. It featured a remote roving rock known as a Bouldercam that could safely carry a camera into the pride to capture never-seen-before footage.

The concept of using animatronic cameras, now known as Spy Creatures, was developed further on Dolphins - Spy In The Pod, where 13 different Spy Creatures were deployed. Wherever the spy cameras previously went they captured extraordinary intimate and never-seen-before moments of animal behaviour. Few animals had ever been studied in that kind of detail before and the similarities between the challenges the animals faced, the way they dealt with them and many aspects of our own lives was impossible to ignore.

How is this different to the previous films?
This is the most ambitious and biggest Spy series yet and the first to be shot in UHD.

The aim of Spy In The Wild was to look across the whole of the animal kingdom and investigate how like us other animals really are. It seemed the perfect moment to do take this approach, as there has been a sea change in the way animal behaviourists view animals. Whereas once any reference to the similarity between animal behaviour and our own was dismissed as anthropomorphism it is now almost impossible to study animals without acknowledging the links between us. The change came first with primatologists but it is now seen among behavioural scientists studying a vast range of species across the world.

The aim of this series was to capture these elusive moments where animals do something so extraordinary that it makes us consider our own connection with the natural world. Inevitably those moments are rare, but by deploying a menagerie of life-like Spy Creatures and other remote cameras over a long period of time and filming thousands of hours of footage it was possible to capture many never-seen-before moments.

Can you tell us a bit more about what viewers can expect, and how this is different to other natural history series on the BBC?
The unique style of the Spy films has developed over the years and the same core team has worked on most of the productions. It pioneered the idea of getting its cameras close to its subjects, allowing the conventional long lens to take a lesser role.

Its focus has always been telling the real stories of natural wildlife drama, and over the various productions it has captured countless moments of one-off extraordinary moments of behaviour. Although its aim has always been to capture unique and thought-provoking footage it has never been afraid to incorporate and relish moments of humour. It never laughs at its subjects - the humour usually comes from self-recognition within the audience.

Composer Will Gregory [from Goldfrapp] is an important element in the style of the films and he has won several awards and been nominated for a Bafta for his work on previous Spy films.

David Tennant has become a vital part of the overall experience - a natural storyteller he has won many fans for his sensitive and nuanced delivery.

Editors Stuart Napier and Imogen Pollard are the people who tirelessly view the material selected form thousands of hours of footage and craft the finished film. They too have won awards for their work.

Spy In The Wild - Media Pack