A bumper night of entertainment, music and comedy live from Salford on BBC One - 23 March from 7pm 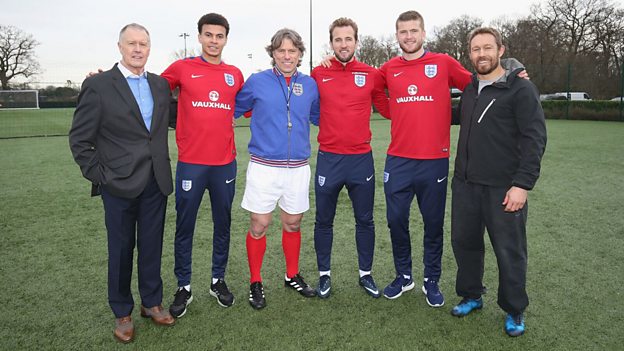 A Question of Sport Relief 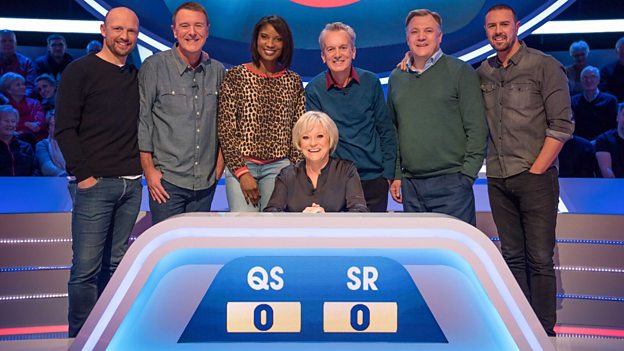 Sue Barker brings a very special Sport Relief edition of Britain's longest continuously running game show. On team Question of Sport are regulars Phil Tufnell, Matt Dawson and Denise Lewis facing team Sport Relief; Paddy McGuiness, Frank Skinner and Ed Balls. Both teams will battle it out in a series of five rounds from Move Your (Ed) Balls to Name That Tune with The Beatbox Collective. Who will be the winners of A Question of Sport Relief?

Clash of the Channels Boat Race: BBC vs ITV

After towelling down from the boxing matches, it’s time to work up a sweat once more in the Clash of the Channels Boat Race. Well-known faces from BBC and ITV battle it out in a fierce rivalry on the high seas… well, the quays of Salford!

With Olympic champions captaining both teams and Sir Steve Redgrave providing expert advice and top tips to both sides as our very own oracle of rowing, who will come out on top?

With hockey ace Sam Quek, TV presenter Kirsty Gallacher, singer JB Gill, musician Harry Judd, Actor Warren Brown and former England Cricketer Michael Vaughan amongst those in the starting line-up, if ever there was a squad capable of surviving this twisted tournament, this is it.

Legendary football manager, Peter Reid will be guiding and managing the team of celebrities through the challenge that will push them to the absolute limit and test their endurance. Alongside the game, Republic of Ireland goalkeeper, Shay Given will be taking to the nets to complete 12 nonstop hours of penalty shoot outs, with members of the public lining up to take their best shots against him.

The day will be covered extensively by BBC Radio 5 live, as well as being streamed live on the 5 live website and on the BBC Red Button. 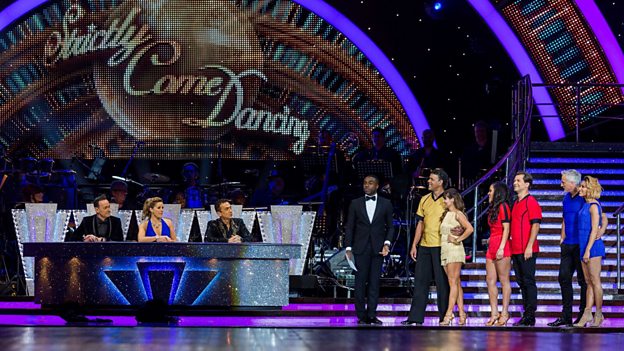 Footballing stars Alex Scott, Chris Kamara and David Ginola join the cast of Strictly Come Dancing. Strictly professionals Karen Clifton, Anya Garnis and Pasha Kovalev are tasked with getting our footballers set for the Strictly dancefloor as they compete for the famous glitterball. All dances will be to World In Motion by New Order - just imagine if John Barnes was also there to perform his legendary rap!

The Magic of BBC Sports Personality of the Year 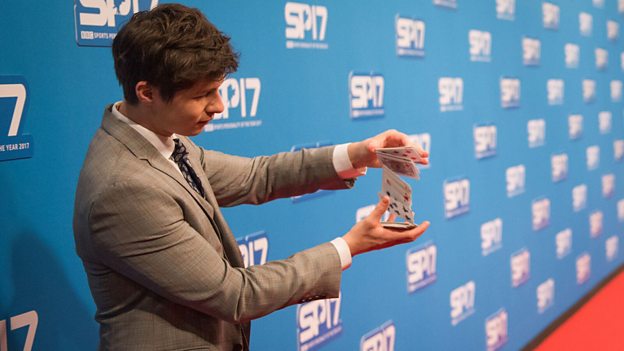 Magician Ben Hanlin goes behind the scenes on one of the biggest nights of the sporting calendar BBC Sports Personality of the Year, performing amazing tricks to some of the biggest names in the world of sport. Stars wowed include Harry Kane, Anthony Joshua, Michael Johnson, Paula Radcliffe, Baroness Tanni Grey Thompson, Tom Daley and Gareth Southgate.

Comedian Rob Brydon brings us a hilarious sketch with the cast of his upcoming film, Swimming With Men. Prepare to be mesmerised as we watch the all-male, middle-aged, amateur synchronized swimming team show us what they’re made of for Sport Relief! A few of those joining Rob are actors Jim Carter, Thomas Turgoose, Daniel Mays and Rupert Graves.

Blue Peter’s Lindsey Russell leads the way as a group of school children arrive at MediaCityUK for a tour around the grounds.

Unbeknownst to them they are in fact taking over shows all across Salford. With a number of different tasks being revealed to them they are set to show the presenters how it’s done as they present BBC Breakfast Weather, join Adrian Chiles on BBC Radio 5 Live, step in as security on ITV’s The Jeremy Kyle show, hop onto the cobbles of Corrie and teach Gary Lineker a thing or two on the set of Match of the Day.

All the fun and frolics are of course for a great cause and the night will also bring a number of appeal films highlighting the inspirational work that’s being done to improve lives both in the UK and around the world.

Money raised through Sport Relief is split 50/50 between projects in the UK and across the rest of the world, and viewers will see examples of their donations in action at home and overseas. The films will showcase the lifesaving work of maternal health services in Sierra Leone, the effect of malaria in Uganda and what local organisations are doing to fight it, and how amazing projects are working with families living in poverty in Kenya. It will also showcase Comic Relief’s work closer to home, exploring an issue that affects 1 in 4 of us in the UK - mental health. We will also hear the story of an incredible young girl who’s not letting cerebral palsy stop her from achieving her Paralympic dreams, and get an insight in to the power of sport to change people’s lives across the world.

Zoe Ball, Greg James and Alex Jones are leading the way with their own epic challenges to raise money for Sport Relief. Zoe’s Hardest Road Home will be broadcast on BBC One in the week of Sport Week and will follow Zoe’s ambitious Sport Relief cycling challenge and also see her visit projects that are helping people with mental health issues.

The One Show’s Alex Jones is teaming up with four inspirational mums as they, together, take on five days of gruelling challenges, around the UK, in The Mother of all Challenges for Sport Relief. They’re putting their bodies to the test to raise life-changing money and awareness of important issues around maternal health, and you can follow their journey on The One Show, from March 12.

At the time of going to press, Radio 1 DJ Greg James’ Sport Relief challenge, Gregathlon: Pedal to the Peaks was halted due to dangerous weather conditions, but Greg had raised more than £600,000 already, and vowed to return to tackle the summit of Ben Nevis. Tune in to BBC Radio 1 for further updates.

Paddy McGuiness’ Sport Relief Warm Up comes to BBC One screens in the week before the Big Night of TV. This hour long show follows Paddy on his travels as he walks jogs and rows from home, to the home of this year’s Sport Relief - MediaCityUK in Salford. Paddy is set to get the members of the public he meets along the way (and the viewers at home) pumped and ready for the Big Night of TV with funny challenges, celebrity appearances and fundraising films showing just how hard people work to raise money for such a wonderful cause.

BBC Two’s Famously Unfit… for Sport Relief, broadcast ahead of the night of Sport Relief, follows four celebs over 10 weeks as they run and swim their way back to fitness. The programme culminates in one of the UK’s hardest and most demanding physical challenges, which sees the four celebs tackle a muddy and exhausting obstacle course in freezing temperatures. Taking charge of their fitness are fashion journalist, author and designer Susannah Constantine; presenter and actor Les Dennis; actress and comedian Tameka Empson and actor and comedian Miles Jupp.

Welsh Rugby legend Gareth Thomas will also face the challenge of a lifetime with a little help from some very special friends. To raise money for Sport Relief he is going to skydive from 12,000 feet joined by a team of people who have never parachuted before but who all have one thing in common, they are all over 60. BBC viewers will be able to see all the action unfold and find out if Gareth can face his demons in the one-off documentary broadcast in March.

CBBC’s Blue Peter will also be getting involved for the occasion offering their younger viewers a Sport Relief special episode on the evening of March 22. 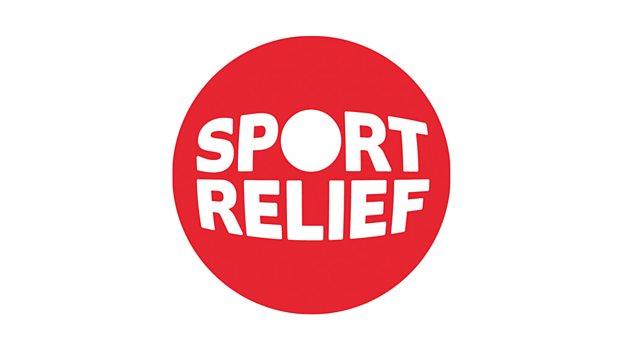