The hit series returns to BBC One for its 23rd series 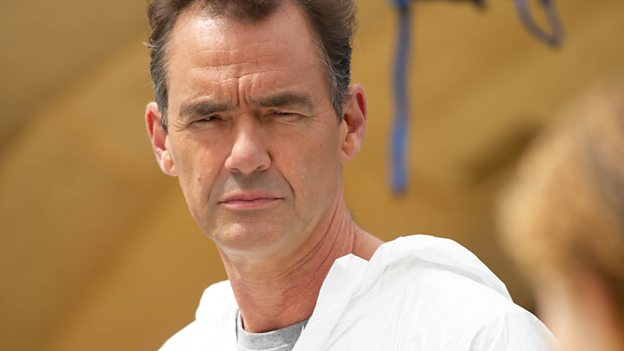 An interview with Richard Lintern

Silent Witness has always managed to capture the zeitgeist, hasn't it?

Yes and that’s the massive strength of the show. The premise of Silent Witness allows it to go in so many different directions in one season. It can cover all sorts of different areas in a way that almost no other show can because it has a sort of neutral starting point of the dead body.

Can you give us an example?

One of the episodes we are filming at the moment involves a very, very interesting story about a series of apparently random deaths which, it quickly comes apparent, are connected. One of the potential suspects, in terms of the common cause of death, is an extremely potent nerve agent and the concomitant military connection. You think about the only places in the country where such things can be created or where the technology and the power exist to create them, and they are military establishments like Porton Down and various other ones. The story goes into that area.

Will this story cause a stir?

One of the natures of filming is that it causes a stir whatever happens. Is there a Russian connection to this story? As soon as you are in the world of nerve agents, it would be foolhardy to rule out a potential Russian connection. Whether there’s one in our programme or not, I’m not telling you!

Why do you think Silent Witness has so many excellent guest stars?

It’s a feeding frenzy out there! Silent Witness has a reputation for being a friendly crew, largely down to all of us. I think people enjoy the fact the stories are exciting and there’s action and there’s something to play.

The guest parts are always the better ones - you’re the woman whose son has been abducted, you’re the guy who is chasing after the cop, you’re the visiting cop who’s having a bad time or a great time. Largely we stay as a kind of constant with a little bit of variation, but the scene that the actor gets their teeth into where their son has just died in front of them is always played by the guest. That’s the same for everything, for Midsomer Murders, for Inspector Morse. To answer your question, Silent Witness has a reputation for being a really nice job.

Why does Silent Witness continue to be so successful?

Like your local restaurant, school or church, you can’t ever set yourself in stone and stay the same. So if the job of creating the next season of Silent Witness was given to this group of people around this table, there would be a fight - I’d like a story about this, I’d like a story about that - but the one thing you can’t do is simply try and recreate what happened last year. You have to change. You can’t throw the baby out with the bathwater, either. You can’t change the thing wholesale, but you have to keep developing, just as a hospital does, just as a school does. All big organisations need to refeed themselves with new life and change. And the powers that be up there fulfil that role. They fight as hard as they can to make the scripts as good as they can be and to introduce an element of change that keeps people interested.

There are some amazing stunts this year, aren't there?

There are! In terms of change, I think that’s an area where Silent Witness has really upped its game. When you look at television nowadays, the level of work in that area is so strong that you can’t have a show like ours without engaging in that.

Do you have to get into shape before you start a series?

David (Caves) does, specifically because part of his character is that he is a cage fighter. But just the same as with any big project in any profession, if you are at the start of something and you know you are going to be working hard for an extended period of time, you need to look after yourself. And also from my perspective they refused to buy me new suits this year. The costume team said they didn’t like the new ones, so I have to fit in the old ones which means that my belt buckle has to be the same as last year, and that's not always easy after Christmas!