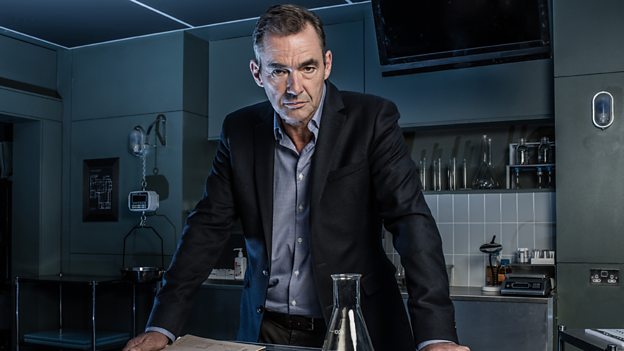 Good Silent Witness episodes always have a forensic aspect to it, where the ‘silent witness’, the body who cannot speak, can be given a voice through the brilliance of Nikki or the others.Richard Lintern

What stories can we expect from this series of the show?

In the first few episodes, Thomas is an interesting place because his authority is challenged by an investigating officer who makes a few assumptions - he’s operating above his paygrade at one point. The police officer actually makes a mistake and seeks to absolve himself of blame by passing the responsibility for the mistake on to Thomas. The mistake results in the release of a suspect in a criminal investigation who appears to commit further crimes. The situation is quite complicated! The accusation is taken extremely seriously and Thomas has to fight hard to protect his reputation, both as a forensic pathologist and as leader of the Lyell. The investigation has important ramifications for the Lyell centre as a whole, because its reputation - along with Thomas’ - is on the line.

There’s a perfect storm of events that occur at a vulnerable time for Thomas professionally - and exactly that moment he is offered the chance to say goodbye to all the stresses and the strains of his position at the Lyell. The accusations against him are wholly false, but the situation results in real professional difficulty for Thomas and it makes him consider his future at the Lyell.

What moments were particularly memorable from this series?

It was wonderful to be part of the storyline that went down to Brighton. It’s always interesting to see the characters that you know very well, but in a different context. The concept of the storyline was fantastic. They discover dismembered body parts covered in tattoos and must piece them together - it’s like a gruesome jigsaw. However, this involved a number of scenes shot on a landfill site. That was extraordinary. The smell was extremely unpleasant. It was powerful. You can understand why smell and stink bombs were used in chemical warfare. I’ve been in plenty of places that smell bad - I’ve got three teenage boys - but this rendered you incoherent, you couldn’t think straight, you couldn’t breathe, you couldn’t operate in some of the areas in that place…! It was also in the middle of last summer’s heatwave so it was really hot. There were pipes that lead from the base of the landfill up to the top and if you caught yourself too close to one of those pipes when they were venting the fumes out of it, you were completely incapacitated. It was pretty unpleasant.

We’ve also had some amazing guest stars with us this series. The quality of acting that they have brought in this series has been particularly high. The writers are also dealing with Thomas, Clarissa, Jack and Nikki as an ensemble and that’s working really well at the moment.

What do you think is the secret to the shows continuing success?

100% the secret to the show’s success is the brilliance of the original concept and the quality of the writing that is brought to it. Good Silent Witness episodes always have a forensic aspect to it, where the ‘silent witness’, the body who cannot speak, can be given a voice through the brilliance of Nikki or the others. The body then speaks to the forensic pathologists, the police and the relatives that are left behind - and it talks about the last moments in that person’s life. The concept of the ‘silent witness’ somehow speaking is a really powerful and massively flexible concept. If the show continues to be cherished and fed with talented writers bringing new ideas to the programme, there is no reason why it couldn’t go on for another 22 series. It’s not exactly limping along at the moment! The show has gone from strength to strength.

And finally… what’s your ideal way to bring in the New Year?

My ideal way to celebrate the New Year would be with oysters and champagne with my family. But in reality this year I’ll be celebrating by learning lines!