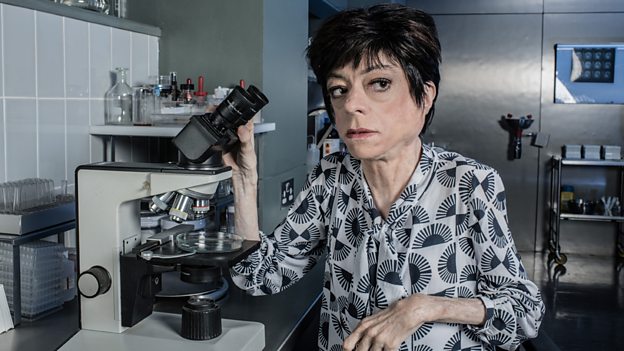 We have an incredible fan base. There are loads of people who I meet in-between series who are desperate for January to see the new series.Liz Carr

For new viewers coming to Silent Witness for the first time this year, where do we meet Clarissa and what can we expect from this series?

I like to think that Clarissa is the lynchpin of the Lyell Centre, in that we see her there a lot - she is a forensic examiner. She is incredibly smart; she doesn’t suffer fools gladly. She has a sense of humour. She has a unique relationship with Jack particularly. She entered the show because of Jack and they continue to be the closest of friends - in a very strong platonic relationship, which is rare these days. They care about each other and professionally they trust each other completely. But they’re also not afraid to challenge each other. Clarissa is also responsible for gathering and analysing the evidence that Jack has gathered. Her ability to think laterally and to really go in depth means that she’s quite often responsible for finding a key piece of evidence.

Tell us a bit more about the relationship with Jack…

I think Clarissa is truly the only person that Jack opens up to about his past. This is Jack’s series, I feel. I think we see an intimacy - a platonic intimacy - that we haven’t seen before. I think that’s great.

What is your most memorable moment from this series?

It feels like there’s been a lot of wading through evidence… I remember a very funny scene, particularly in this day and age, of my table at the science lab being filled with cigarette butts. Clarissa and Nikki have to wade through it. In another episode I have to wade through a massive pile of rubbish to find some envelopes which might have an address on. I think it’s those moments of the very glamorous lack of glamour in TV… There’s no amount of TV magic that will make the smell of bags of rubbish or cigarette butts go away. They were real cigarette butts and there were hundreds and hundreds of them. You forget the scent of them, if you don’t smoke.

I also really enjoyed working with Daniel Weyman, who plays Max. He’s back on and off - he helps with a few cases. I love the fact that I get to play a married couple, who have been together for a long time and who work really well together - yet it’s such a different relationship to Jack and Clarissa. Clarissa’s times with Max and Jack are when we see her as herself. In this series there are some really beautiful and tender moments with Max and I always enjoy playing them.

This year is also about being on location more and I’ve enjoyed that. We see Clarissa at a crime scene - not just for the hell of it, but actually constructively gathering evidence and talking to witnesses. I think it makes a lot of sense and it’s where she should be.

What do you think is the secret to the shows continuing success?

We have an incredible fan base. There are loads of people who I meet in-between series who are desperate for January to see the new series. We have a historical fan base who support the show, but obviously if the show were rubbish, we wouldn’t get away with it and they'd stop watching. I think they stay with us because they are invested in the characters - we have great characters who are very different and keep evolving. We don’t stay the same. It’s a dynamic show in that sense. The stories also often reflect new stories that we have seen ourselves - which is often coincidental. When the series comes out, you’ll think ‘oh my goodness, there was a case like this in the news last year!’ But often these stories are written months before these real stories are headlines. We have almost an uncanny crystal ball-like ability to tell stories that are very topical and relatable. Nobody at the show settles for more of the same - we hope for the same so that people keep watching - but we’re constantly pushing to make it look glossier, to have more action and to have more moments between the team. They’re always challenging the way the stories are written and the way the characters are represented.

It’s important that our stories are seen as relevant. I don’t think we need to be chasing and courting what is seen to be the hottest topic - but I think the show has a responsibility to be telling stories that are in our minds and aren’t just the same old stories… There are new things that we’re seeing. There are new drugs, new ways of killing, new terrorist activities. These are the things we see in the press and in the papers, so to have that in the show - that makes it feel so contemporary and incredibly relevant. I think that’s really important for the audience.