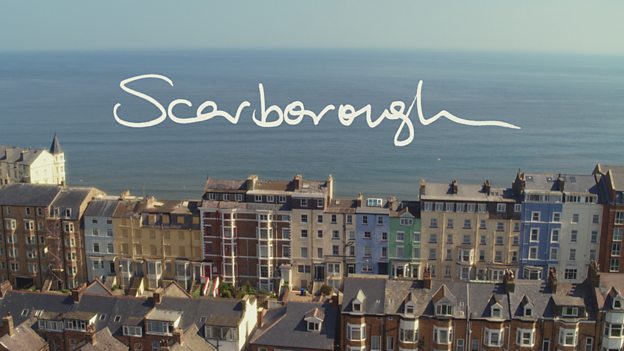 We have the hidden gem which is Scarborough; it really is the most beautiful fishing townDerren Litten

Category: BBC One
Creator, writer & director, Derren Litten tells us all about his new comedy, Scarborough.

What made you choose Scarborough and how did the idea for the series come about?

I had the idea for a show about people in a large village, then I thought of where to set it. I’m clearly drawn to the seaside because Scarborough came to mind and although Scarborough isn’t a village, the old town certainly has a village feel. I guess I thought of Scarborough due to childhood day trips there from Hull; I have such fond memories of shows at The Futurist Theatre, Peasholme Park and the amusements on the sea front.

There are various stories running concurrently, a bit like a soap opera, but the main characters are really Mike and Karen, a couple in their late thirties who split up several years ago but now, after Karen’s divorce, are getting back together.

You also play a character in the series, how was it doing both the acting and directing?

I play Jack, the landlord of the local pub, he’s only in a couple of scenes for a few episodes so it wasn’t too difficult. I had a stand in doing the scene during rehearsals, which I could watch on the monitor then when it came to a take I’d swoop in and steal the glory!

Do you have any stand out moments from filming?

Filming at Scarborough’s fun fair, Luna Park, was particularly funny. Cath and Jason had to be on a fairground ride for many takes. I feel bad saying it now but at the time the more the actors said how much they felt sick, the more it made us laugh!

What should audiences expect from the series?

My intention was to write the first comedy soap. I’m not sure if I’ve done that but like a soap I think we have enough going on to keep people’s interest. Also we have the hidden gem which is Scarborough; it really is the most beautiful fishing town and some of the aerial shots of the castle, the harbour and the town are absolutely breathtaking.