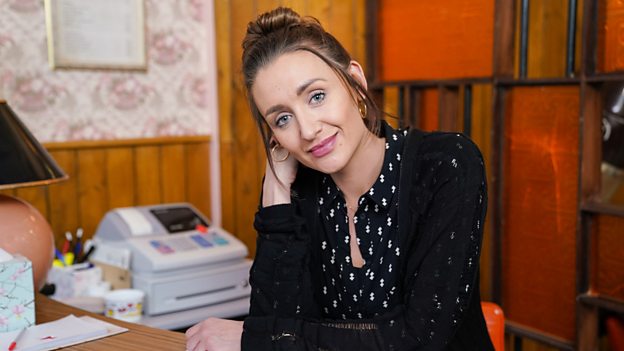 I think people will fall in love with the characters and they’ll want to see more.Catherine Tyldesley

Category: BBC One
Catherine Tyldesley tells us what we can expect from her character, Karen, in new comedy Scarborough.

Can you introduce us to your character?

Karen is a hairdresser and five years ago she dated Mike. Things didn’t quite work out because Mike was trying to make it as professional singer and was prioritising that. They went their separate ways and Karen married someone else, but later got divorced. We’re now at the point where her and Mike are trying again. She works in this lovely little hair dressers called Geraldine’s, it’s like the hub for all the matriarchs of Scarborough. This is last chance saloon with Mike, so if it doesn’t work then that’s it.

What attracted you to the role in the first place?

I’ve always been a fan of Derren’s writing, he writes so well. For me, it’s hilarious but it’s so genuine and so warm. It’s completely character led and all of them are so wonderful. In terms of Karen and Mike, a lot of couples will be able to see themselves in them. I’ve been reading the scripts with my husband at home and said ‘oh god, it’s us’. So it’s very relatable, very warm, very genuine and extremely funny. I fell in love with it the minute I read episode one.

I think people will fall in love with the characters and they’ll want to see more. I’m hoping that each week they can’t wait for the next episode because the storylines and the sub plots are super interesting and get you hooked. You can relate to the characters, you care about them and that is key for me in any comedy. Derren’s gone into so much detail you can tell that he really cares about them.

This is my first time working with Jason and right from the audition process we hit it off. He made me feel super comfortable to work with. He’s been an absolute joy because yes, he is funny but he’s a bloody good actor and he can sing! He’s an all-rounder. I think he’s going to surprise people, he’s brilliant, absolutely brilliant. It’s been nice to work with Steve Edge again because I did a comedy show with him 10 years ago now and I loved him to bits then, he was a dream to work with so I’m chuffed to bits to be back with him.