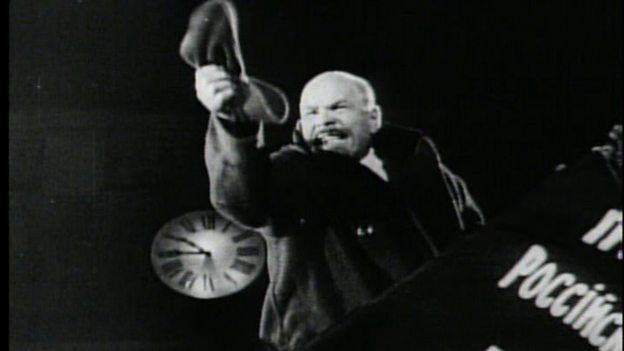 BBC Four presents a re-mastered version of the classic 1928 film, directed by Sergei Eisenstein and Grigori Aleksandrov. Presented in documentary style, this Soviet silent film begins with the crumbling of the Russian monarchy leading to the rebelling and over-throwing of Tsar Nicholas II’s Winter Palace. Commissioned by the Soviet government on the 10 year anniversary of the Revolution, this film continues to receive attention for its use of imagery.

October: Ten Days That Shook The World was acquired by Jo Lapping. It was distributed by Films Sans Frontieres in Paris. The directors are Sergei Eisenstein and Grigori Aleksandrov. 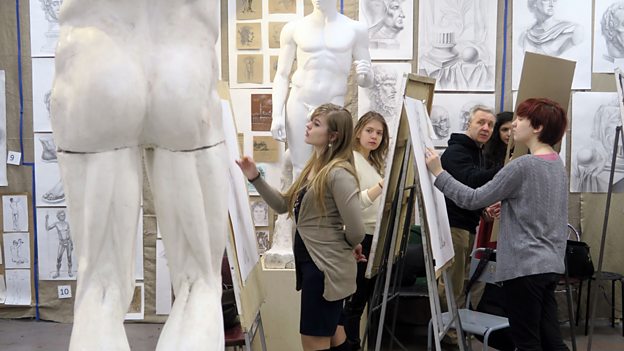 Drawing on the collections of major Russian institutions, contributions from contemporary artists and performers and personal testimony from the descendants of those involved, this film brings the artists of the Russian avant-garde to life. It tells the stories of artists like Chagall, Kandinsky and Malevich - pioneers who flourished in response to the utopian challenge of building a new art for a new world, only to be broken by implacable authority after 15 short years. With access to The State Tretyakov Gallery, The State Russian Museum and The State Hermitage Museum, the film features paintings previously banned and unseen for decades, as well as masterpieces which rarely leave Russia.

Revolution - New Art For A New World is a Margy Kinmonth film produced by Foxtrot Films. The producer/director is Margy Kinmonth and the co-producer is Maureen Murray. 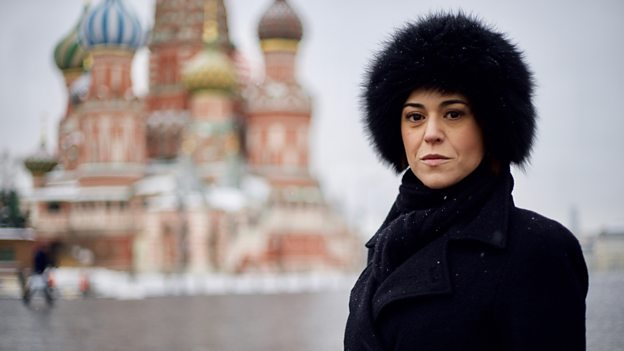 In this ambitious new three-part series, Suzy Klein explores how the power of music to rouse our emotions gave it a crucial role in the Russian revolution, throughout the dictatorships of Hitler and Stalin and during World War II. Suzy’s rich repertoire of musical stories, brought wonderfully to life through performances by the BBC National Orchestra of Wales and its Chorus, sheds fascinating light on the history of some of the most turbulent years of the 20th Century.

Tunes For Tyrants was commissioned by Jan Younghusband and Cassian Harrison. The BBC executive producer is Emma Cahusac. It is made by Wingspan Productions where the executive producers are Archie Baron and Deborah Lee. The directors are Helena Braun and Nick Gillam Smith.

Friedrich Engels - philosopher, writer and radical thinker - is coming back home. Turner Prize-nominated artist Phil Collins is returning Engels to the city where he made his name - in the form of a Soviet-era statue, driven across Europe and permanently installed in the centre of Manchester as the closing event of this year’s Manchester International Festival.

Directed by Phil Collins, with a soundtrack by Mica Levi (Jackie, Under The Skin) and Demdike Stare, and a new anthem composed by Gruff Rhys (Super Furry Animals), this film will mark one hundred years since the ideas in The Communist Manifesto, written by Engels and Karl Marx, changed the course of history by inspiring the Russian Revolution.

Ceremony was commissioned by Emma Cahusac, commissioning editor, arts and music and being produced by Tigerlily Productions. It is backed by Manchester International Festival, HOME and 14-18 NOW.

Dr Zhivago is one of the best known love stories of the 20th century, but the setting of the book also made it famous. It’s a tale of passion and fear, set against a backdrop of revolution and violence. The film is what most people remember, but the story of the writing of the book has more twists, intrigue and bravery than many a Hollywood blockbuster. In this documentary, Stephen Smith traces the revolutionary beginnings of this bestseller, to it becoming a pawn of the CIA during the Cold War. Along the way, he explores the very real dangers that surrounded Pasternak in the 20 years following the printing of his masterpiece.

The Real Doctor Zhivago was commissioned by Mark Bell, head of commissioning, arts. It is produced by Matchlight where the executive producer is Ross Wilson and the producer and director is George Cathro.