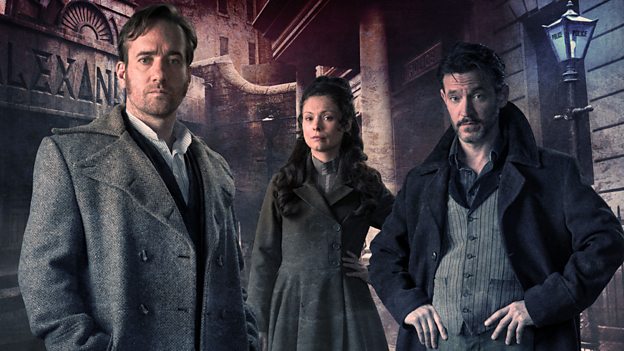 Saying goodbye to this world of Ripper Street and its characters is going to be a very strange thing; it's been five years of my life.Richard Warlow, Writer, Creator and Executive Producer

Always intended as a five series story by Richard Warlow, Ripper Street has become one of the biggest success stories for British television, selling to 199 territories and receiving a wealth of award recognition including a Bafta (and seven further nominations), three RTS Awards nominations, an Ivor Novello Award, and being named Radio Times Best Show of 2013. On BBC Two, the series ranked as the third highest rated drama in 2016.

Writer, Creator and Executive Producer for all five series of Ripper Street, Richard Warlow says: “Saying goodbye to this world of Ripper Street and its characters is going to be a very strange thing; it's been five years of my life. From the beginning when I began writing, I had in mind a five series arc, ending with us sending our characters off into the twentieth century. I’m immensely proud we have been able to tell the story as we hoped, and equally proud that such a huge number of the original cast and the creative team have been involved every step of the way.”

The previous season introduced a new serial killer plaguing the streets of Whitechapel. Convinced that the murderer’s cannibalistic crimes were being covered up by another party, DI Reid and DI Drake’s investigation pointed to a trail of corruption that led them right to the heart of Scotland Yard – specifically Assistant Commissioner Augustus Dove (Killian Scott - Call The Midwife) and his bestial brother Nathaniel Dove (Jonas Armstrong - Line Of Duty). During an attempt to bring down the Dove brothers, DI Drake lost his life to serial killer Nathaniel, forcing DI Reid, CPT Jackson and ‘Long’ Susan on the run. Finding themselves on the other side of the law, they discover that revealing the truth about the unlawful siblings is not an easy task.

With a barbarous killer on the loose and a corrupt lawman leading the police force, DI Reid is unquestionably facing his toughest and most dangerous challenge yet. An epic battle on the meanest streets imaginable has just begun… Will DI Reid finally be able to restore peace and justice in Whitechapel?

Ripper Street Season 5 is a Tiger Aspect and Lookout Point production in association with Brown Bear Films for Amazon and BBC Worldwide, co-produced with BBC America.

Ripper Street returns to BBC Two on 19 June at 9pm.

Over four series - through the men and women whose lives have intersected with the police station on Leman Street - Ripper Street has plunged into the criminal heart of late 19th Century Whitechapel. Its stories have built a fiercely committed following across the globe - the show is sold into almost two hundred territories worldwide.

But now Edmund Reid, his friends and enemies, are about to leave East London, for good or bad - because Series Five is going to bring the show down. A crime drama that has dived forensically into the heart of the urban late-Victorian condition can’t proceed into the modern age; and so must reach its conclusion as the bells ring for the death of the nineteenth century.

As the heroes of Ripper Street confront the cataclysmic fallout of the events that brought Series Four to a close, they must also confront the fact that there is little about any of them that is heroic. Living as outlaws, they must understand the villainy of their own past actions, just as they must pursue those responsible for the evil that has left them hunted and trapped within the Whitechapel underground.

Told over six episodes, it is a story about endings, but also about beginnings. An end-of-days narrative, but also one of origins, Series Five will return our heroes to the dark secret they all share, and to a Whitechapel hauntingly terrorised by an all too familiar horror. Another serial killer stalks its backstreets and marshes: a man whose vile acts are matched only by his need to escape the dark hunger that drives him.

Whitechapel is coming for us all...