A major 6 x 60 thriller series, Rellik tells the story of a serial killer in reverse 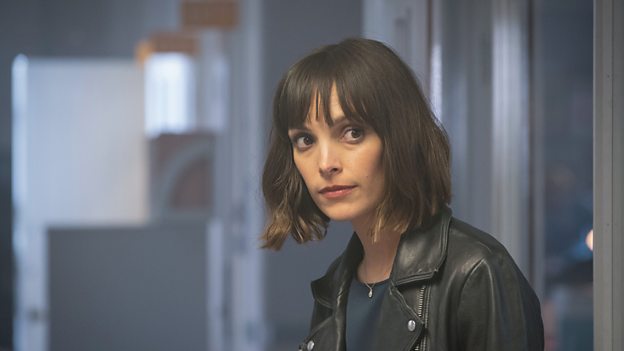 Rellik’s an interesting one: it’s told backwards, hence the title, and it demands a fair amount of concentration and audience engagement. Jodi Balfour

Tell us about Rellik...
Rellik’s an interesting one: it’s told backwards, hence the title, and it demands a fair amount of concentration and audience engagement. It keeps you on your toes, and it asks you to come with us in trying to use our collective memory and the memory of the characters to figure out what’s been happening.

It’s a story that revolves around a serial killer, but ultimately it’s about obsession, truth and recompense.

What’s Elaine’s character like?
We meet her when she’s recently transferred from a different police department to Gabriel Markham’s police department, specifically because she’s admired him for a long time and she requested the transfer to get to do detective work that’s a little more gritty and in the thick of things. She’s the newbie, somewhat straight laced and ambitious, and trying to do a good job.

What’s the look and feel of the show?
It has lots of dark and rich colour palettes and lots of more grimy environments that we find ourselves in. We’re definitely in the depths of East London. In the cop world that we shoot in, there seems to be a really impeccable through-line of layers and textures and grime and seediness.

There’s definitely a dream like element to the reality of the show. There are parts that feel very 2017, very London… but every now and then we’ll dip into an environment that could totally be dream.

What’s it like working with costume designer Mr Gammon?
It’s such fun. He’s the king of layers. We joke on set about how many. Kieron, who plays Mike, has the record for most amount of jackets. It’s a Mr Gammon signature - nobody ever has less than a few layers. Mr Gammon is collaborative and really fun to create with from the very beginning all the way to realising the characters.

What’s Elaine’s relationship like with Gabriel?
It’s complex. They’re deeply connected, but the relationship is clothed with dysfunction. Throughout the series, Elaine feels Gabriel pulling away, both obviously and subtly. We see them have true moments of intimacy, both sexually and spiritually, but she really feels things unravelling between them.

Gabriel is an impulsive guy. He’s your classic dark, mysterious, flawed hero. He’s a self-centered, passionate, ambitious, attractive man, but with those archetypal hard-to-get, mysterious, self loathing and self destructive tendencies.

What leads the detectives to thinking Stephen Mills is the killer in episode one?
Good old-fashioned forensic evidence at the crime scene. He leaves the acid compound and it has his fingerprints on it. They run that and it’s a DNA match. He also has a prior offence, he has a mental illness, and all of that really adds up - he fits the mould of a killer really well.

It’s an interesting thing to reflect on, how quick we are as a society to paint people in a certain light. I think especially when it comes to mental illness and any kind of prior record, how quickly we label people 'the bad guy' and go along with that. I think we do that twice in Rellik, and it’s really interesting to peel back the layers behind that and see how these people have been misjudged.

How did you find filming the rewind moments?
As actors we had to play the truth of it, we had to play the reality of it, which is chronological. I didn’t think about suspense building or anything like that all that much, I tried to honour the moment. That said, it was fun to see some of the rewind inserts after filming them, they are visually evocative.