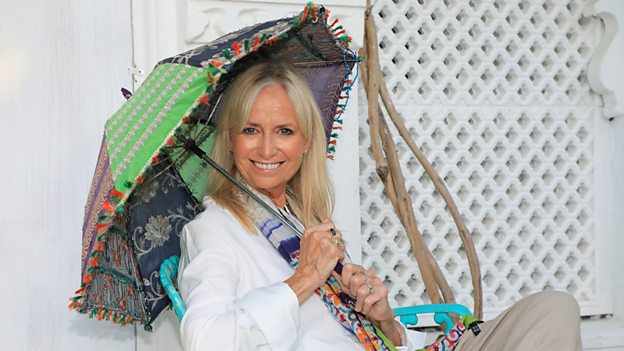 I discovered a renewed passion for travelling and it made me aware of all the things in the world I have yet to see.Susan George

It’s really hard to say a part, as all of it was but I think if I had to choose it would be two of the places we visited.

I will always remember the Golden Temple and the kitchens, where 1,000 plates of food were handed to hungry mouths daily. The women and men smiling as they washed and stacked dishes. The noise of the tin plates were so loud, like a rhythmic percussion as we walked over piping hot paving stones through cave-like walls and when out again in the sunshine the silence seemed almost deafening!

The second would be the festival in celebration of women. Wearing the most colourful ‘national costumes’ we danced in open park land with the warm and welcoming younger and older generation of India into the small hours of the morning.

I think the biggest surprise was the opulence so obvious on one side of a street and poverty the other and the fact that it’s all accepted as the norm. The smiling children’s faces who have nothing and are just happy with life a lesson for us all!

I’m not sure I had a specific role in the group, other than to keep a sense of humour with the varying personalities as stories inevitably unfolded. Initially I may have been seen as more of a serious person than I actually am. So used to privacy and keeping my own counsel even in what is now an even more public world than it used to be. I felt I had a very different role in the group than the one I’m used to. Where every day I’m called upon to be leader, decision maker and doer. In our group there were plenty of others happy to assume ‘that role’.

No not really, but there were constant thoughts of how I wished I could share the beauty of the country and flavourful times, with my late husband. They were only beautiful thoughts and didn’t for a moment overshadow the here and now.

I learnt what I already knew that ultimately I am a private person who likes company but a lot of the time, I’m happy in my own. As if I needed reminding, it reinforced gratefulness for my creature comforts and my home. I discovered a renewed passion for travelling and it made me aware of all the things in the world I have yet to see.

One I’ll remember was visiting the horse farm and riding through the Udaipur countryside on the native bred and most gorgeous Malwari horses and camping out, something I’ve not done since childhood. Described as glamping, ‘glamorous camping’, it was anything but and although I enjoyed so much of the day and sharing it with lovely Bob and Selina. I could have done without the extremely hard bed, miniscule tent and the cold, cold night with only a sheet for cover!  Not something I’d be in a hurry to repeat.

Yes I would return to the country of India and I feel I’d like to do that soon. I felt an affinity with some of the places we visited and definitely with special people and families I met along the way. One doesn't necessarily feel it at the time but on reflection I think about them all.