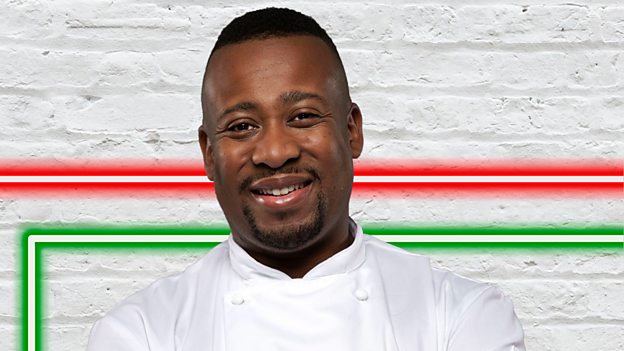 A lot of the contestants have kept in contact and have been sending through photos of them cooking what they learnt on the show with us.Mike Reid

Category: BBC One; Entertainment; Factual; Daytime
With a career spanning 20 years on both sides of the globe, Mike Reid brings a wealth of experience to the RSC kitchen.

He first fell in love with cooking while at university, and after choosing to follow his passion full time, found himself under the tutelage of Michel Roux Jr, Gordon Ramsay, and even cooking alongside Heston Blumenthal.

In 2014, he opened Jardin Tan in Melbourne before returning to the UK to open another restaurant the same year, M in London. Never one to shy away from hard work, he balances his time between his restaurants in Melbourne and the UK. His food is eclectic, drawing on influences and cuisines from across the globe.

Why did you choose to take part in Ready Steady Cook?

I grew up watching Ready Steady Cook. I used to watch it with my mum and sisters, and at Uni I used to run home from lectures to watch. It was just such a big part of my life!

How have you found taking part?

In one word - fun! It was such a laugh to cook with my fellow chefs and work with Rylan, we had fantastic contestants as well. To cook in that environment was very different to any other TV or restaurant cooking I have done in the past.

What was it like working with the other chefs?

They are unbelievable cooks but even better people, we all clicked from day one. The producers did such a great job putting this team together and I hope the public enjoy the chemistry between us all on the show.

What has been your toughest challenge on the show?

Adapting my style of cooking to 20 minutes for sure. This may sound like a lot of time but it goes in a heartbeat on the show, so in the first episode I shot I was so relaxed and calm until I realised ten minutes had gone when I had done pretty much nothing. Needless to say after that I ran for the rest of the show.

What have you been most proud of?

A lot of the contestants have kept in contact and have been sending through photos of them cooking what they learnt on the show with us. That’s what the show is about for me, for people to take something away from the show and realise they cook it themselves.