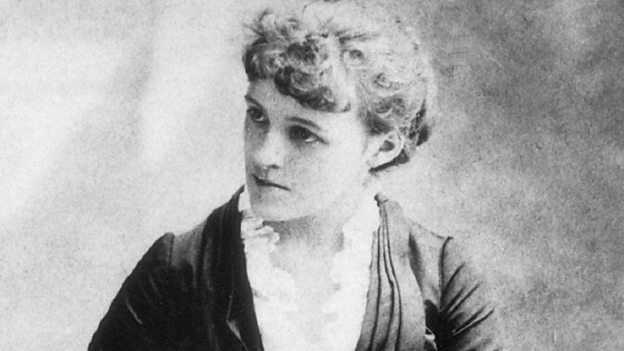 The Shadow of a Doubt - Edith Wharton
28 October

Believed lost until last year, BBC Radio 3 will present the world premiere of a newly discovered play, The Shadow of a Doubt, by American writer Edith Wharton (main image).

Long before she achieved fame with her novel The Age of Innocence, Edith Wharton was set on becoming a playwright, penning a number of plays. The Shadow of a Doubt was in rehearsal and set to be staged in New York, before the production was abandoned for unknown reasons. The script slipped into obscurity and was believed lost until its recent discovery in a Texas archive in early 2017 by two academics: Laura Rattray, Reader in American Literature at the University of Glasgow, and Mary Chinery, Professor of English at Georgian Court University, New Jersey. BBC Radio 3’s production will therefore be the play’s world premiere - 117 years after it was written.

The Shadow of a Doubt tells the story of Kate Derwent, a former nurse who has recently married above her class to a gentleman widower, John Derwent. Kate cared for John’s first wife, Agnes after she suffered devastating injuries in a riding accident. After Agnes’ untimely death, a relationship blossomed between John and Kate, but what John does not know is that Kate helped a desperate Agnes in an assisted suicide. Their happiness is threated by the arrival of Dr Carruthers, who uses his knowledge of the truth to blackmail Kate.

Laura Rattray (University of Glasgow) and Mary Chinery (Georgian Court University) say: “It’s very exciting that after almost 120 years, The Shadow of a Doubt will finally get its premiere. It’s a play that Wharton’s readers and scholars alike didn’t know existed until very recently. We were thrilled to help bring it to light, publish and write about it, and it’s wonderful that BBC Radio 3 is now bringing it to life.

“Radio 3 listeners will meet a different Edith Wharton. The playwright who became renowned as one of America’s great novelists began her career most interested in playwriting. The Shadow of a Doubt has some of the familiar hallmarks of Wharton’s novels - the trademark witty one-liners, a society setting, some terrific roles for women, but listeners may also be surprised by a gritty reality and a theme that speaks to today. Edith Wharton, as a playwright, will finally have her moment in the spotlight.”

Alan Davey, Controller BBC Radio 3, says: “BBC Radio 3 is more than a radio station; we play a major role as a creator in and contributor to the cultural scene, with performance at the heart of what we do. I’m thrilled that we are able to bring to life this important work by a major literary icon for the first time as part of our aim to connect audiences with remarkable music and culture”.

Casting will be announced shortly.

When Fortunatus, a Muslim refugee from Spain, unwittingly saves the life of powerful politician Sir Robert Cecil, he becomes his close confidant and aide. However, after Fortunatus discovers that Queen Elizbaeth is to make a proclamation that plans to deport all black refugees from England for political gain on Sir Robert’s advice, Fortunatus take drastic action in an attempt to change the course of history.

Philip Selway, singer and songwriter best known as the drummer of English rock group Radiohead composes the music to Sea Longing. The programme brings together spoken word, archival recordings, music and sound to create an innovative drama about the intense relationship between people and seals. The music

Based on some of the extraordinary legends of the seals and selkies that have sprung up over the centuries. The project is channelled through the life experience of BBC producer and writer David Thomsonwho set off in search of the stories. Sea Longing interweaves memory, dream and biography in an enthralling meditation that turns the lens on Thomson himself, asking what drove his quest? 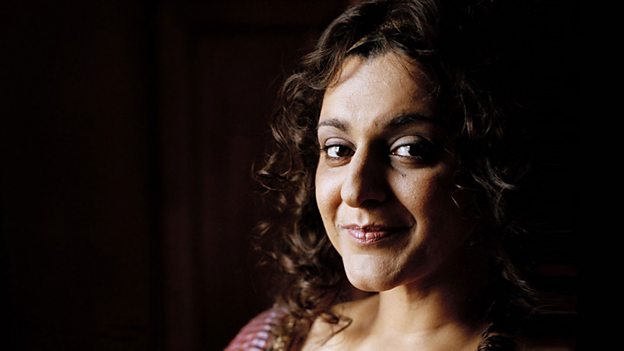 As part of the 2018 Edinburgh Festival Fringe, BBC Radio 3 recorded a series of nine specially-commissioned short dramas in front of a live audience as part of a pop-up radio drama studio at Summerhall. Written by a mixture of established and emerging talent, this series of works built on the rich legacy of audio drama that BBC Radio 3, and the Third Programme before it, is proud to have brought to audiences for over 70 years.

These dramas will receive their broadcast debut in Drama on 3 on BBC Radio 3 this autumn. Further information on each of the works is included below:

Of a Lifetime - Lulu Raczka
16 September

Two young women hate their jobs and pretty much their whole lives. So it's a simple decision to throw it all away and travel, until their aimless journey takes them straight into a horror story. But are they the victims, the perpetrators, or the witnesses?

A new branch of the story of boyhood friends explored in Jacob’s award winning collection  Jackself. Set in a world recognisably modern as well as starkly folkloric - it recounts the journey of two boys through spaces real and rumoured, through the great forest of Blackwood, where voices and music weave alternative histories of boyhood, troubled friendship and the north of England. As well as a moving drama, The Blackwood is a haunting ‘landscape in noise’, created by musician and sound designer, John Alder.

A comedy about the philosophy of sound. Do we all hear things the same way? Can we be tricked into hearing what isn’t there? And will sound engineer Ben get trespasser Isla out of his studio, or will she bring him to his senses?

Sam is born blind. As a toddler she prefers hitting things to speaking. Her rage turns into patterns and then into melody. Witness Sam translate the ordinary sounds of our lives into an orchestra. What if everything you heard was music?

A prescient comedy about love, transatlantic communication and lousy lasagne at 30,000 feet.

Psychological thriller by award-winning dramatist, Oliver Emanuel: a woman’s world implodes when she finds herself at the mercy of a blackmailer.

A writer remembers the year the world looked on with amazement at the Great Train Robbery, the Profumo Affair and the Assassination of JFK while failing to notice the death of his friend next door and his triumph in his 11 plus exams.

It’s Christmas day and these are the last 30 minutes of Sita's life. As she struggles to differentiate reality from dreams and hallucinations, she is visited by two old friends from the past bearing gifts, memories and a hint of what’s to come.

Meera Syal (pictured above) says: “I am thrilled to be working with Tanika Gupta again and to be part of this haunting, poetic and moving play.”

“I am trying to remember the young woman that I was before I had children. I am trying to see who I am now… I am a writer and I have a splinter of ice in my heart and in my eye.”

Nell Leyshon performs her own story of how her reinvention, after children is halted by illness. It is a story of the body, medicine, statistics and the NHS; a story of motherhood and being a woman; a story of writing and of speaking with our own authentic voices. 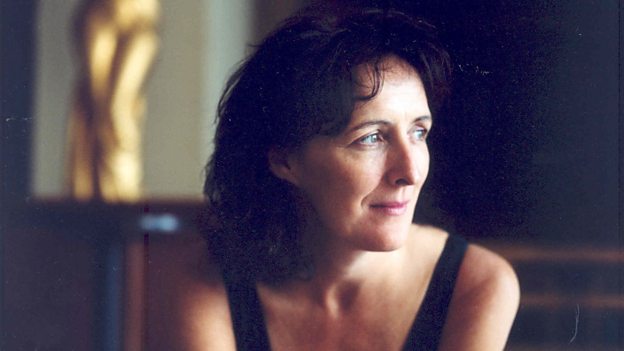 An Evening with Angela Carter
23 September

Further Drama on 3 highlights include An Evening With Angela Carter starring Fiona Shaw (pictured above) as Angela Carter, part of a week-long Carter season on BBC Radio 3 and BBC Radio 4.

The evening will feature brand new productions of two iconic radio plays on BBC Radio 3 written by Carter, which were first produced in the 1970s: Vampirella and Come Unto These Yellow Sands. Both plays will be introduced as though Angela Carter herself were curating the evening as played by Fiona Shaw.

BBC Radio 4 will feature three more of Carter’s plays in the same week: The Christchurch Murder, Nights of the Circus and The Bloody Chamber. 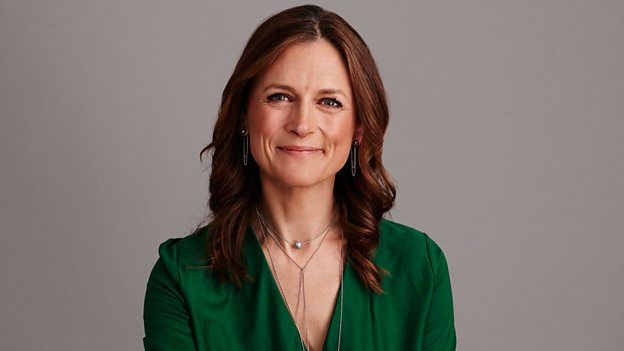 Katie Derham returns in September for the third series of her popular programme, Sound of Dance, where she’ll continue to explore the relationship between music and dance. This series, Katie will look into the life and legacy of Marie Rambert, one of the pioneers of modern British ballet, and talk to chorographer Wayne Eagling about his new ballet based on her life.

Katie will also be joined by legendary Cuban dancer Carlos Acosta as he celebrates 30 years in dance. She will delve into the world of tap dancing with members of the smash-hit West End musical, 42nd Street, and will find out more about the relationship between dance and puppetry.

This Autumn will see an exciting and diverse range of topics explored in Radio 3’s Sunday Feature documentary slot. Forthcoming highlights will see Afua Hirsch explore the rapid rise and fall of Fire!! a short-lived literary magazine from 1926 created by and for young black artists of the Harlem Renaissance. Historian Bettany Hughes will present a two-part Sunday Feature on the Caspian Sea, and Simon Heffer will reflect on the composer Hubert Parry, marking the centenary of the composer’s death this year.

This autumn, The Essay will include two specials created in partnership with the Wellcome Collection. Body of Essays will see five essays each focussing on a different part of human anatomy, while Contagious Cities will consider the spread of disease in cities.

An edition of The Essay, Music in Spheres, will see astronomer and award-winning science writer Dr Stuart Clark examine whether the nature of the universe and wonders of creation can be explained through music, complemented by an original score composed and performed by Carollyn Eden.

In November, Free Thinking takes part in Being Human, a festival which places a spotlight on new arts and humanities research being conducted at universities across the UK. Free Thinking will be broadcasting a series of original programmes exploring this year’s theme Origins and Findings.

One programme will look at the concept of language, exploring how some words do, and others don’t, make it into the dictionary. The second programme will explore attitudes towards death and dying, while the third features reports from a museum-late style event from Senate House, University of London, where listeners can expect everything from feminism to folk music, classical myths to contemporary craftivism.

Further highlights this autumn will include two programmes produced in partnership with the Royal Society of Literature, broadcast from the British Library.