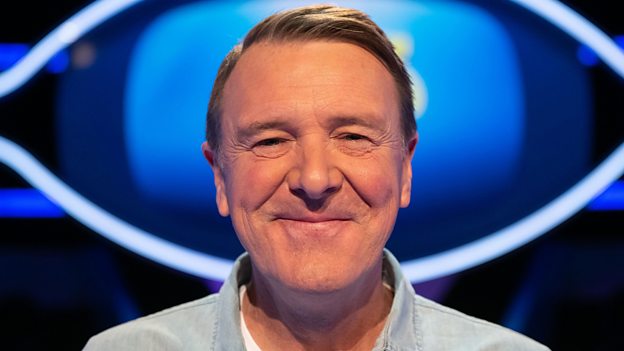 I just remember growing up with it all my life, so to be part of it and be a captain of it is great fun and an honour.Phil Tufnell

Who would be your dream guest to have on the show?
Well, someone who knows a load about sport so then they can help me! I would love to have Stokey [Ben Stokes] on and have a chat about his amazing summer of cricket that he’s had. It would be good to have him on.

What sport is your strongest to answer questions about and what’s your weakest?
I love golf and I love rugby. I’m not so good on the likes of women’s tennis, which I’m sure Sue wouldn’t be happy about, or darts! But it’s just that the rankings change so quickly, so it’s a little difficult to keep up. But apart from that, I’m pretty good. I’ve got a lot better, because I’ve had to!

Do you have a favourite round or any particular round that you dread?
I dread the maths equation ones. When you get sixteen equals “TA” or something and you have to work them out, like sixteen balls in a break of snooker, or something like that. Those are the ones that frustrate me a little bit. I just don’t see them in my mind’s eye, but we have a bit of fun doing those. And all the other ones are really enjoyable. I like messing about at the end with the charades, that’s usually a bit of fun. They are all great and fun to do.

The show has been going for 50 years. What do you think is the key to the show’s success?
I remember when I was a child watching it with my mum and dad and brother. It’s just one of those things that you sit down and enjoy for half an hour and have a bit of a laugh. There’s a quiz, a bit of competitiveness and messing about, and then it’s done. It’s just a warm show. I just remember growing up with it all my life, so to be part of it and be a captain of it is great fun and an honour.

Do you have a favourite memory of the show before you were involved in it?
It’s quite difficult to pick just one! I do remember Emlyn Hughes with Princess Anne. It was nice to see these sporting heroes and people who are completely focused on doing their sport just having a laugh.

Have you seen any changes since you’ve been on the show?
The rounds have changed a little bit, but that’s down to the production team coming up with new ideas and keeping it fresh. So obviously it’s evolved a little bit. But in essence it’s three people against three people with a couple of buzzers and having a little chat about sport and having a laugh along the way. I think it is a very simple formula that seems to works.

What can we expect to see from the 50th anniversary special?
Well, I don’t want to give too much away but it was a pleasure to be a part of it. It was quite emotional really. Obviously Sue has been involved for a fair old while and Matthew has been there a while too. It was an honour to be part of it and take it to its 50th year.

As part of the 50th anniversary celebrations you’re going on tour. Are you looking forward to it and did you enjoy the last tour?
Yes it will be great. We’re a good little team. We get on very well with each other and it will be nice to see them all and do some live shows and have a bit of a giggle. I loved the last tour going around the country and seeing some old mates join the panel along the way… what's not to like?