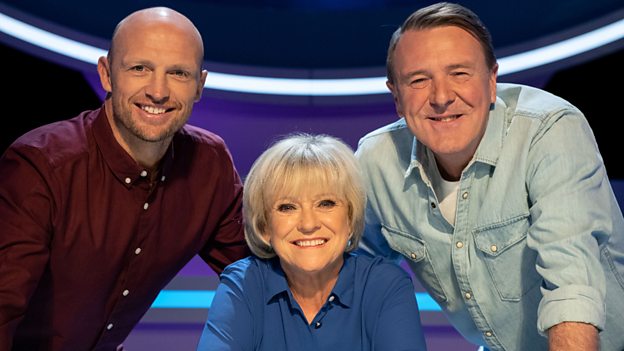 I think people who work on the show are aware they are part of a British television institution.Gareth JM Edwards

How did you get involved with working on the show?
A long time ago now! I first started working on the show in the summer of 1999, so that’s over 20 years ago now. I started off as a junior researcher on the programme. I had been a professional cricketer in a previous life and then injury put a stop to that. I was looking for work and I was made aware of a job as a question researcher on AQOS. Being a bit of a sports nerd I thought that was something that would be of interest. So I applied for the job and got an interview and the rest as they say is history.

What is behind the show’s lasting success?
Well it’s been going for 50 years so we must be doing something right! But I think there a few things that tie into that. I think the fact that sport is in its essence an ever-changing thing, so there is always new things happening, new records being broken and the top names in sport are changing on a weekly basis. So that keeps the show fresh because there’s always new questions to ask and new people to come on the show.

I think what the production team have done brilliantly over the last 50 years is that they have evolved the show and the style of asking questions, whilst remaining a true sports quiz at its very heart. As I’ve been working on the documentary about 50 years of the show, I’ve been looking back at the older shows and they are a lot more straight-laced, and less entertainment based then they are now. But I think that is just the way that TV has gone, I think the humour level has increased over the years.

The final thing I would say about this is that it is totally unscripted, nobody has any idea as to what the questions and answers are going to be when they come on the show, so it’s a chance for viewers to see their sporting heroes be themselves and see their personalities.

Have you got any standout moments from behind the scenes since you’ve been working on the show?
This will sound a bit corny, but the whole 20 years have been a real privilege for me. I think people who work on the show are aware they are part of a British television institution. I think that you don’t often get a chance to work on a show that is as much a part of the landscape of British TV. There are only a handful of programmes that fall into that category, things like Match of the Day or EastEnders or Strictly. If you talk to anybody, even if they don’t watch those programmes they know what they are. I think that’s a real sense of pride I have working on it.

Who would you say has been your most memorable guest on the show for you?
In the early 2000s there was a show where we featured Jonah Lomu (NZ rugby player) Seve Ballesteros (Spanish golfer), Maurice Greene (US sprinter), and Evander Holyfield (US boxer), and they are four world superstars. To get those four on the same panel was quite incredible really. Over the years some brilliant names from all sports from the UK and abroad on the show. We’ve had Olympic gold medallists and world record holders, but to get those four who are all global superstars, all on one show together, that is probably the stand out show for me.

What can we expect to see from the 50th anniversary show?
The guests that we have invited back were British sporting royalty really, so Laura Davies, Martin Offiah, Beth Tweddle and former AQOS captain Ally McCoist were the four. Ally was the captain when I joined the show and was pretty much everybody’s favourite, he’s a lot of fun. So he came back and he is on the same team as Tuffers. They are both big characters, so the viewers can expect quite a lot of chaos from that team and seeing Sue attempting to control those two, she certainly has her work cut out for her. But the 50th episode was a blend of it being a quiz of sport over the last 50 years, but also some nice memories of moments on the show as well, so that it’s a blend of sports quiz and memories from the archives.

What can we expect to see from the 50th anniversary documentary?
To try and cram 50 years’ worth, and over 1,200 shows, into an hour has been quite a task but we’ve managed it and it is a show I’m immensely proud of. Everyone we’ve interviewed has talked so fondly about the programme and their memories of it. What is abundantly clear is that it is part of the British television landscape. The documentary is an hour long romp through the archives and there are some brilliant clips from the days of David Vine and David Coleman as well as some more modern moments. As well as this we hear from sporting greats like Gary Lineker, Tim Henman, Denise Lewis and Jessica Ennis-Hill who talk about their time on the programme, and celebrity fans like Paddy McGuinness and Richard Osman.

Who would be your dream celebrity contestant?
I would say we do pretty well on AQOS. There’s not too many people that we haven’t managed to get in and be on the panel. I think the one thing that I would say is that the current sporting superstars, their diaries are so full these days, as people travel much more and are abroad much longer. Some of the modern Premier League footballers would be great and we would love to have on. Being a Liverpool fan personally, I would love to have our current manager Jürgen Klopp on the show. He seems to have a lot of personality and I’m a big Liverpool fan, so from a personal point of view, he would be great to get on.