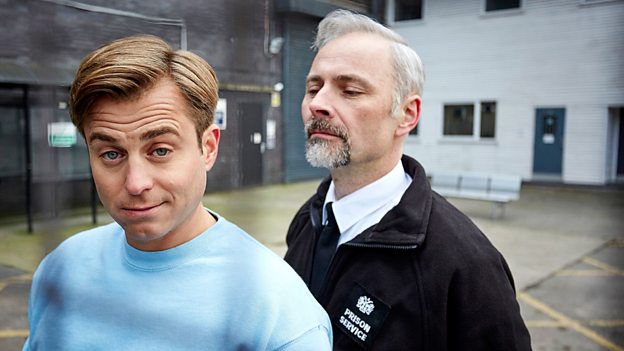 Mark, can you tell us about Officer Meekie?

I feel it would be better to let Officer Meekie speak for himself:

John Meekie is an exemplary prison officer with over 25 years experience under his belt. He has been head officer at Wakeley for close to 10 of those 25 and runs a tight, well-polished ship. He loves rules and those who play by them. In fact you may often hear him say 'within rules lie freedom’, a little nugget of ancient Chinese wisdom he just happens to carry around. He enjoys a good joke providing it’s appropriate to its surroundings and causes no offence. He also enjoys caravanning and has extensive knowledge of the Norfolk Broads birdlife. Amongst his many extracurricular achievements, holding on to the coveted winners cup at his local crown green bowling club three years in a row, ranks amongst his most proud.

Why does he give Fletch such a hard time?

He’s a bad sort, make no mistake. Don’t let that cheeky chappie facade fool you, he’s on the make. Wherever and whenever he can pull a fast one, he will. Luckily, he’s met his match in me.

Would he ever go easy on him? 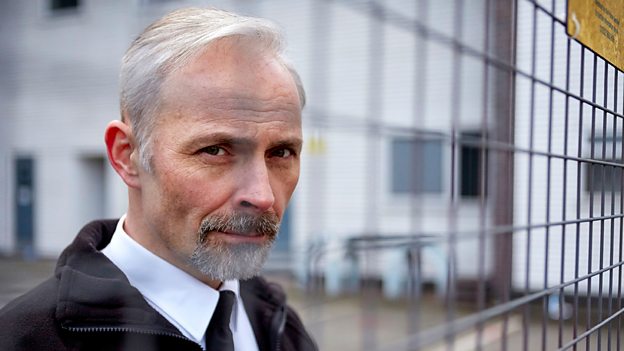 What drew you to the role?

Porridge was my bread and butter growing up. I loved the show and it was one of the things I was allowed to stay up late to watch! Fulton created such an iconic character in Mr Mackay, and his back and forth with Fletch brought such joy to me as a youngster, that the possibility of getting the chance to do an updated version, whilst still retaining the DNA of the original, was the only carrot I needed.

What feedback did you receive after the pilot last year?

Who was your favourite character?

I loved the triumvirate of Fletch, Godber and Mackay!

Can you tell us about Officer Braithwaite?

Officer Braithwaite is very much the mild mannered type who believes everyone has good in them. The prisoners are very much victims of circumstance and he believes in treating them fairly and with respect in the hope of bringing out the best in them.

He tends to be quite sympathetic towards the prisoners, will we see a tougher side to him?

He is very sympathetic to the prisoners and happy to try and befriend them. At the same time he does try to maintain disciplinary standards although it has to be said he’s simply not very good at it. He has a turning point where he decides to take a leaf out of Mr Meekie’s book with a slightly more ‘zero tolerance’ approach. A facade that lasts around five minutes.

Are there any similarities between the two of you?

I would love to say there are no similarities between myself and the mild mannered, middle aged, middle class Mr Braithwaite but then I might possibly be in denial!

Did you watch the original Porridge? Did you have a favourite character?

I loved the original series of Porridge and always saw myself as Fletcher or Godber (I loved the fact Richard Beckinsale was also in Rising Damp which I was a massive fan of and the fact Godber was from the West Midlands only added to the appeal). As a young viewer I was very much on the side of the cons, never the wardens and it certainly never crossed my mind that I would ever be considered a Mr Barraclough! You can imagine then my horror then when I was approached to audition for the role of Mr Braithwaite. The fact my wife, my friends and colleagues all seemed to agree this was perfect casting just rammed home the fact that there’s often a huge gap between how we see ourselves and how others see us!

Having said that, I’m actually a huge fan of Mr Braithwaite. He’s a lovely, well rounded, funny character that I had enormous fun playing. I feel very blessed to have been allowed to do the show with such an amazing cast, production team and the original writers of what has to be one of the all-time classic sitcoms!