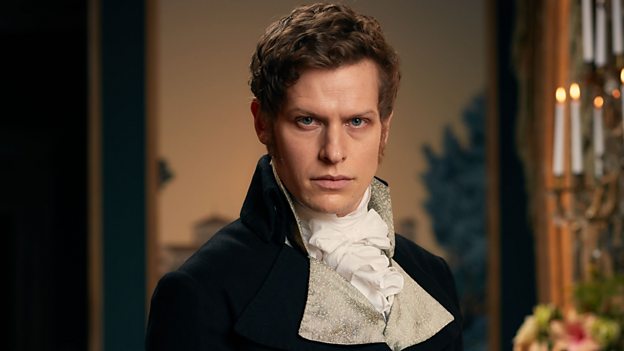 Ross and Monk definitely rub each other up the wrong way, there is a sense in which the two of them are two sides of the same coinMax Bennett

Category: BBC One; Drama
Max Bennett joins the cast of Poldark this series as the unscrupulous Monk Adderley and explains the unique way he auditioned for this role.

"I was on a motorcycle tour with my girlfriend when I made my Poldark audition tape. We’re both relatively new to motor biking so we were seeing how we liked touring; it’s the way I’d like to see the world. We first went to the Isle of Man, where my Dad’s from, to visit my uncles and scatter my Grandma’s ashes. Then we headed to the Edinburgh festival for a few days before doing a loop through the Cairngorms and around the north coast of Scotland. We had taken our recording equipment with us so we could record audition tapes whilst we were away. I was in the middle of deepest, darkest Scotland and we made a tape for Poldark and sent it off."

Max divulges a little about Monk and what audiences can expect from this troublesome character.

"Monk is a society figure, a self-made man who has a similar background to Ross Poldark (Aidan Turner) in the sense that he is a military man but they have diverged very differently. He is an MP now, he looks after what would be referred to as a ‘rotten borough’ and he is quite a bored man. He is bored of his very opulent life and so he gets his kicks from being a great provocateur, he loves pushing people’s buttons. He will identify whatever it is and then niggle at them for his own entertainment.

"He comes into the main characters’ spheres through George Warleggan (Jack Farthing) who wants to gain access to parliament. As a powerful society figure, Monk teams up with him and starts helping work towards George’s political career. It is through his association with George that he meets Ross, through social circles at Westminster, and his interest is particularly piqued by Demelza and that is where the collision course occurs. Apart from being beautiful, Demelza is very unusual in his social circle, she is an outsider and that is intriguing to him. He also just likes playing with people so having a new and slightly naïve person on the scene is fun for him and is also a chance to stick the knife in with Ross.

"Valmont from Dangerous Liaisons was a huge inspiration when preparing to play Monk. Both share a profound ennui that drives them into becoming these thrill-seeking provocateurs, and they definitely share a powerful and destructive charisma."

Max explains why he thinks Monk Adderley and Ross Poldark clash to such a great extent and gives some reasoning for the conflict between them.

"Ross and Monk definitely rub each other up the wrong way, there is a sense in which the two of them are two sides of the same coin, Monk is the bad side and if Ross hadn’t become such a noble - with a capital ‘N’ - man then he could have ended up like Monk, a little bitter, twisted and nefarious. There is a similarity to them, in the novel they are described as being ‘both as mad as Ajax’, they are military men, there is a wildness to both of them and they recognise that within each other but it manifests itself in different ways between them."

It is unsurprising then that Monk would befriend Ross’s biggest rival, George Warleggan.

"The relationship between George and Monk is a mutually beneficially one, Monk is somebody who identifies what is useful about someone as soon as he meets them and then uses them to his own benefit. Monk has something that George needs and George too has something that Monk needs so it is a functional relationship in that sense. Monk is constantly leeching other people for money, he does it a little bit with Caroline Enys (Gabriella Wilde) and he does it more ostentatiously with George but George needs Monk’s power and influence so it is initially just a bond of convenience but it does become an allegiance and a friendship. It is a rather grim friendship and camaraderie."

Something Max really enjoyed from filming this series was discovering the brilliant styles and costumes his character wears.

"The visual ideas for Monk were to do with an historical character called George Bryan ‘Beau’ Brummel who was this dandy in the early 19th Century who was seen as a pioneer of modern male fashion. His style was about simple lines and the formation of the first modern man’s suit, which was borne in this era. There is definitely a distinction in the costumes between characters in London and those in Cornwall. London fashion was is a bit more up to date whereas the Cornwall fashion would have been a little behind as they are provincial and so they would be wearing clothes that were in style a few years earlier. I find on any job you do, especially period dramas, immersing yourself within the time is interesting because it is a period I would otherwise not have read much about but on set you get to learn so much about what was going on at this time and what was in style."

Other than his costumes, Max explains why he is excited for audiences to meet Monk Adderley.

"The brewing conflict between Monk and Ross and Monk’s pursuit of Demelza is exciting to watch because he is so awful. I have a feeling audiences are going to love to hate him. He has a hilarious turn of phrase and he is a fun person to spend time with but he is also very nasty and I think audiences will enjoy the vitriol towards him."