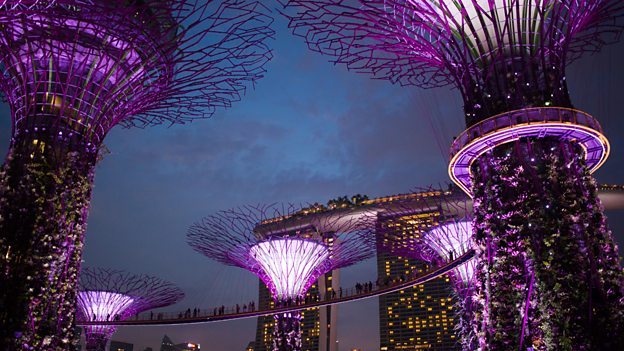 Animals living in cities have to contend with the fastest changing environment on our planet. And yet peregrine falcons are thriving amongst the sky scrapers of New York. In winter a million starlings perform a spectacular aerial dance above Rome, and every night leopards come into the streets of Mumbai to hunt. There are 4 billion people now living in the urban environment. The langurs of Jodhpur are given a helping hand by man, while others have to fight for a piece of this real estate. The people of Harar share their streets with wild hyenas, but what space will we make for wildlife in the cities of the future?

It took nine months just to get permission for the team to film from the rooftops of skyscrapers and from a helicopter in the heart of New York City. The effort paid off and for the first time the team were able to capture a sequence of successful hunting behavior. This was also the first time that anyone has filmed aerials of the fastest bird in the world dropping from a height at speeds of over 300kph. 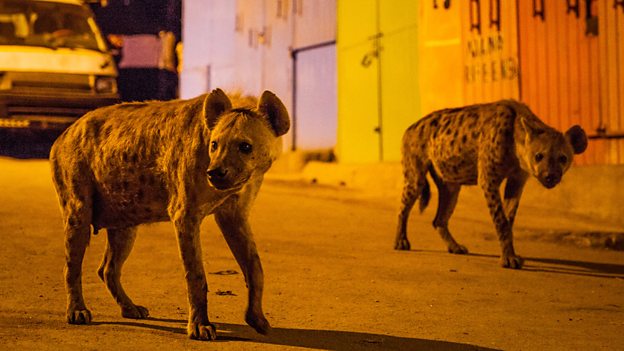 The filming team used the latest 4K low-light cameras. At times they were surrounded by over 100 fighting hyenas and at other times they were astonished at seeing small cats swipe at hyenas competing over scraps of meat. The difference in attitude between these hyenas inside and outside of the city walls is astounding. 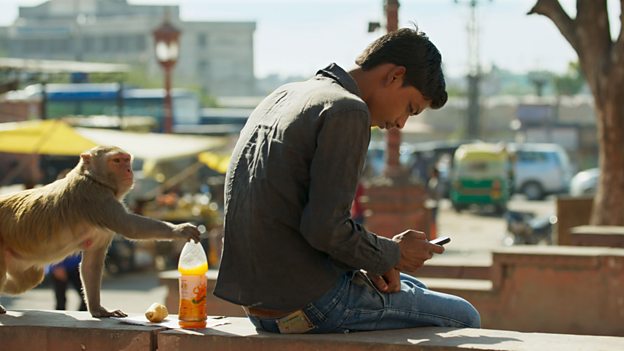 The camera team got truly immersive shots by using a state of the art stabilization rig to follow the troop as it made its daily commute to the market. Following them on foot, from vehicles and with the camera rigged to a cable dolly to travel with them as they navigated the rooftop world. 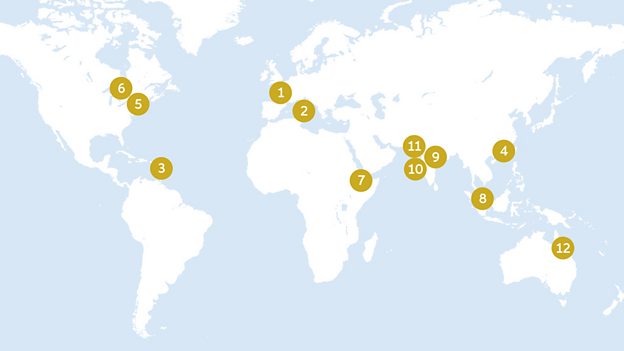 I’ve always found hyenas to be quite terrifying animals. In Harar in Ethiopia one night, we were surrounded by more than a hundred of them, fighting.Fredi Devas, Cities Episode Producer

I worked on Frozen Planet and Wild Arabia before this, but shooting in the city is much harder than anywhere else. Normally if you’re filming in nature reserves, and you only need one permit for your entire shoot, but we were looking to access the rooftops of about 30 different skyscrapers in New York.

You also have to contend with people. Mostly people are great, but when you’re filming at night, you realise that some people are drunk and want to know what you’re doing around such dangerous animals. It’s all quite new territory for a wildlife filmmaker.

I’ve always found hyenas to be quite terrifying animals. In Harar in Ethiopia one night, we were surrounded by more than a hundred of them, fighting. They were fighting on the outskirts of town to see who’d gain access to the city. They’re the second-largest land predator in Africa after the lion.

They were extraordinary. There are two hyena clans who regularly use the city. To work out who gets access, they go to a place outside the city limits and have a fight. A piece of ground where they can meet up like the gangs in Westside Story and have it out. They really fight. You’ve got a hundred around you, running around your feet and legs en masse, turning on each other. You do think that if they turned on you, you’re gone. That’s it. If they decided that we were the problem, that would be that. But they don’t.

In other areas of Africa it’s relatively common to hear about a hyena taking a child, but they really do have a peaceful pact with the people of Harar. The people respect the hyenas, they think of them as religious entities, and this relationship has been going on for over 400 years. I spoke to a lady who had loads of goats on the outskirts of the city. She said that the hyenas walk through her smallholding every single night, and if the goats are still out then they will charge them off with their horns. Anywhere else in Africa, that would be the other way around. Somehow, this pact exists and it’s extraordinary.

Mumbai has the highest density of leopards in the world. There are around 35 living in quite a small forested area. They feed on deer and animals in that forest, but they also head out into the peripheries of the park at night and feed on domesticated animals like pigs and dogs. They also kill humans. What I find extraordinary is that they’ve been eating and killing people for decades, but the Indian people are still tolerant of them living there. I can’t think of another country where a relocation program would not have been put into place by now. Indian people are totally remarkable in their tolerance of allowing animals into their city. The relationship between animal and man – the acceptance, the tolerance, the compassion and just their ability to share a city with each other – made it stand out as a place that was completely inspiring. 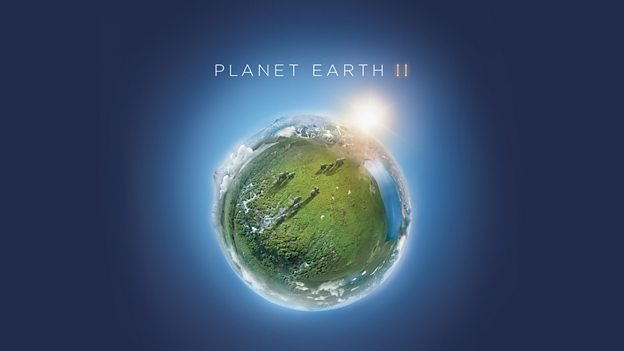