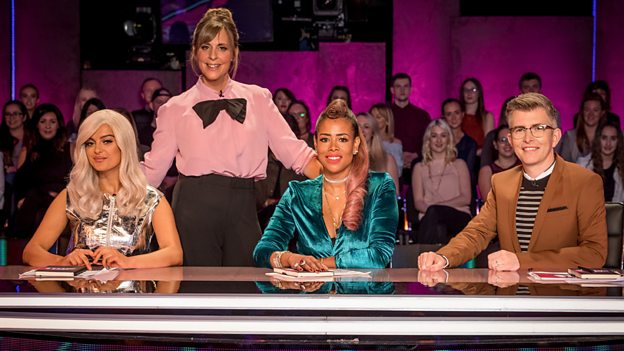 Category: BBC One; Entertainment
Each week, Gareth and Kelis will be joined by a Superstar Guest Judge.

The guest judge is not only involved in critiquing and advising the groups throughout each episode, but at the end of each show they will join the winning choir on stage for a rendition of one of their best loved tracks.

Bebe is no stranger to choirs, having sung in one whilst growing up and has since become one of the most sought after songwriters in the world penning hits for superstars including Eminem, Rihanna and Iggy Azalea.

Bebe is now concentrating on her own music and in the last 12 months has had a Top 10 hit with Martin Garrix with In The Name Of Love, collaborated with Nicki Minaj on her single No Broken Hearts and hosted the 2016 MTV European Music Awards.

The groups will be singing her Top 5 single Take Me Home as the Final Battle song.

Multi-awarding winning singer songwriter Seal has sold over 30 million records and is best known for international hits such as Kiss From A Rose and Crazy with a music career that has spanned three decades.

His inimitable voice was first heard on Adamski’s 1991 club smash Killer which reached number 1 in the UK charts. Another Top 10 hit Crazy arrived shortly thereafter as Seal went on to achieve global acclaim with his debut album, even winning the prestigious BRIT Award for Best British Male in 1992.

However, it was the legendary song Kiss From A Rose which turned him into an international superstar as he received three Grammy Awards in the categories of Song of the Year, Record of the Year, and Best Male Pop Vocal Performance.

The groups will be singing the choir favourite Kiss From A Rose as the Final Battle song.

Chaka Khan is one of the world’s best known and critically acclaimed soul divas, having had a career spanning over five decades, winning 10 Grammy awards, and multiple platinum selling records.

Chaka Khan is widely known as the Queen of Funk and initially achieved great success as part of the soul-funk band Rufus, including hits like Tell Me Something Good, Sweet Thing, Hollywood and the coveted Ain’t Nobody before she embarked on a solo career in the late '70s and made waves on the charts again with tunes like I'm Every Woman, and I Feel For You. Throughout her career, Chaka has collaborated with legendary artists including Miles Davies, Quincy Jones, Stevie Wonder and Prince. In 2011 Chaka was awarded a star on the Hollywood Walk of Fame and has also been inducted into the Hollywood Bowl Hall of Fame.

The groups will be singing Ain’t Nobody as the Final Battle song.

Joe Jonas has successfully transitioned from Disney Channel favourite to international superstar as the frontman of multi-platinum selling band DNCE.

Joe Jonas shot to fame as part of the boy band Jonas Brothers in 2007. Their self-titled album went double platinum and reached the Top 5 on the Billboard charts. Joe then took the lead role in Camp Rock, alongside singer Demi Lovato and his brothers. The soundtrack to the movie marked an industry first with the Jonas Brothers having three albums in the Top 10, with their follow up album A Little Bit Longer also going platinum.

In 2013, the Jonas Brothers split and Joe created a new band DNCE with his friends Jack Lawless, JinJoo Lee and Cole Whittle. Their debut single Cake By The Ocean was released in 2015 and became a huge hit around the world.

The groups will be singing the new DNCE and Nicki Minaj track Kissing Strangers as their Final Battle song.

Will Young is one of the most well-known and recognizable figures in British contemporary music and on the performing arts scene. Since 2002 he has had a career encompassing multi-platinum albums, sell-out live tours and acting in both film and TV.

Growing up in Hungerford, West Berkshire, Will’s first taste of singing success was as a chorister at Horris Hill preparatory school. He took part in many school productions but decided to study politics at the University of Exeter before concentrating on musical theatre more full time at Arts Ed in London. He put his studies on hold in late 2001 to become a contestant on Pop Idol which he won in 2002 and went on to release his debut album From Now On - which went straight to number one. Since then he has continued to dominate the charts and has worked with a variety of artists and performed live with James Brown, Elton John and Burt Bacharach.

The groups will be singing Evergreen as their Final Battle song.

The Superstar Guest Judge for the Grand Final will be announced soon!