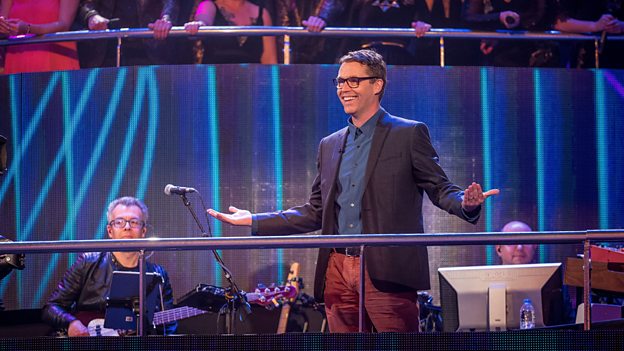 I love vocal music. I believe we can spread more harmony through harmony.Deke Sharon

Category: BBC One; Entertainment
Born in San Francisco, California, Deke Sharon has been performing professionally since the age of eight, and as a child toured North America and shared the stage in operas with the likes of Pavarotti.

Heralded as 'The Father of Contemporary a cappella', he is responsible for the current sound of modern a cappella, having created the dense vocal-instrumental sound in college, subsequently spreading it around the world.

Deke produced The Sing-Off worldwide (USA, Netherlands, China, South Africa), which had the highest ratings of any new, unscripted television show in the USA in 2009, and was the third highest rated show on NBC in 2010. In addition, Deke served as Arranger, on-site Music Director and Vocal Producer for Universal's Pitch Perfect and Pitch Perfect 2 movies starring Anna Kendrick and Rebel Wilson.

Deke is the Series Music Director for Pitch Battle.

You are the pro when it comes to a cappella music. What appealed to you about getting involved with Pitch Battle?

I love vocal music. I believe we can spread more harmony through harmony. The groups are better when there is diversity and with the powerful ballads, they do need each other.

What is it about this kind of singing that you love?

The voices are all better when they are sung together. Also there is something about these groups. The thing with amateur is it stands for love and I have seen many amateur groups perform with so much power and emotion. It is compelling and powerful for the audience.

This style of singing is big in the USA. Do you hope it will become as popular in the UK?

The Executive Producer who is overseeing this show, Karen, is a genius. She was involved with Strictly Come Dancing at the start and that is one of the biggest shows ever. When she flew to the States for lunch, I knew within five minutes I wanted to get involved in this show. My hope is Pitch Battle will start here but spread around the world because it has such big performances by the choirs, followed by the Riff-Off which nobody has done before and then ending with the celebrity guest judge. It is electric!

How are the contestants? Nervous? Competitive?

I have stressed to them that the other groups aren’t their competition. Their competition is every other show on television and every other person on the likes of YouTube. You want the group that performs before and after yours to be amazing as then we have something compelling that everyone will talk about it. Variety is what makes the show stronger. I am so pleased we have got gospel groups, show choirs, pop choirs, and cool quartets - so many different styles.

What advice would you give to the groups?

They need to know all their notes and rhythms before the show but as soon as they go in front of the cameras, they need to let go of the technical and sing from the heart. They need to connect through song and story. You have to focus on the energy. This show is going to be loved by people. There is a lot of power, character and charisma involved.

They are honest. Every judge needs to deliver positive messages as well as negative messages.

Is it true you have just finished making the third Pitch Perfect movie?

We have just wrapped number three! We made the first movie and we hoped it wouldn’t go straight to DVD. This show is going to start small on TV and then I think it is going take over like wildfire!

And finally do you want to sing again?!

I do love to sing. But as I get older, it is time to slip into the elder statesman role and help inspire others.