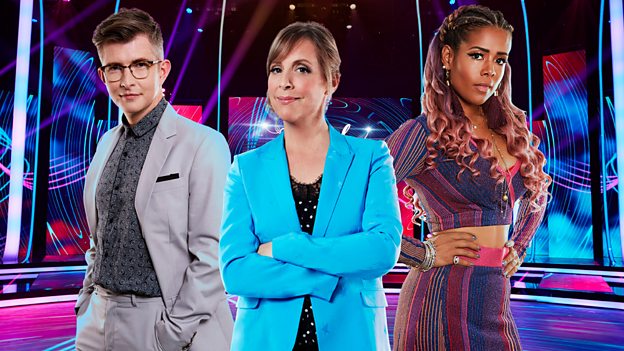 Category: BBC One; Entertainment
The clash of choirs commences as Pitch Battle brings a unique blend of sass, swagger and a pinch of mischief to summer Saturdays on BBC One.

This brand new series, which sees rival musical groups facing-off against each other, will be presented by Mel Giedroyc with regular judges Gareth Malone and Kelis joined by a different third Superstar Guest Judge each week to preside over Showstoppers, Riff Offs, Soloists Battles and Final Battles as the groups pull out-all-the-stops in this sing or be sung off choral clash.

Each week, six vocal groups of all different styles and sizes battle it out in a series of different singing challenges, before one emerges victorious and goes through to the live final at the end of the series.

Each episode opens with a dramatic themed mash-up, arranged by the series musical director Deke Sharon - the musical director of the Pitch Perfect movies, where all six groups take to the stage before host Mel Giedroyc enters and introduces the two resident judges Gareth Malone and Kelis, plus that week’s special Superstar Guest Judge. Then the clash of choirs commences!

The first two groups go head-to-head - each performing their Showstopper - a song that typifies what they are all about. And then it’s battle time! The theme of their Riff-Off is revealed by the theme machine - any topic from Happy to Angry Break Ups - before the two groups try to out sing each other, showcasing their versatility by singing songs based on the Riff-Off theme.

After the Riff-Off, Pitch Battle’s Musical Director Deke Sharon gives his take on proceedings before the judges deliver their verdict - the name of the group they want to go through to the Solo Battles, and therefore which group will be heading home.

Then the next two groups go into battle - performing their Showstopper and Riff-Off, with the judges revealing the winner. And then it’s the turn of the final two groups.

Following the three rounds of Showstoppers and Riff-Offs, three groups remain and the pressure mounts. In the Solo Battles each group must nominate a soloist to take centre stage and perform a solo, backed by the rest of their choir. After all three solo performances the judges will decide which two groups are sent into the Final Battle, and who has sadly missed out.

In the epic Final Battle, two groups remain and stand side-by-side on the stage. They must now share an iconic song associated with this week’s Superstar Guest Judge. Then, towards the end of the song, there’s an instrumental break and the Superstar Guest Judge will rise from their seat, mic in hand, and make their way to the stage and join in with the group the judges have decided should go through to the live final.

All is not lost however, as each week the losing Final Battle group still has a chance to grab the last remaining spot in the Grand Final as a Wild Card entry. Gareth and Kelis will reveal to the viewers at the end of episode five who the Wild Card entry is.