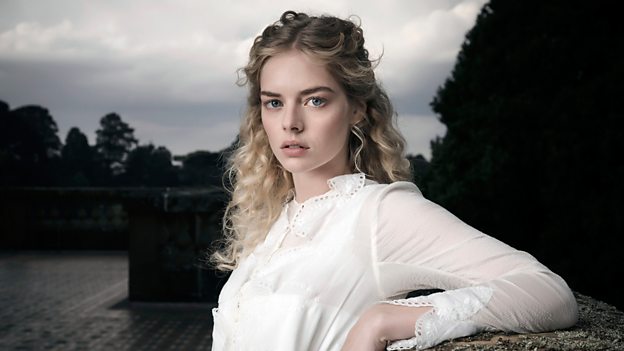 Irma wants the world to be beautiful - she wants it to have a heart and to be sparkly.Samara Weaving

Who is your character?

There’s actually a line from the book that I thought captures Irma the most. It’s quite simple, it says “Irma likes beautiful things.” There’s the obvious, narcissistic side to that, which is that she like jewels, wears the fanciest clothes and gets things imported from France. But on the flip side, Irma wants the world to be beautiful - she wants it to have a heart and to be sparkly.

How did you feel when you found out you’d got the part?

When I first found out I was cast, I was just overjoyed to be a part of something that is this quintessential Australian novel and story. It’s so quintessential that people think it really happened! I was just elated. Irma was the character that I really wanted to play, so it was really good.

Wearing these costumes is pretty uncomfortable! It was really fun at first, it was like a bucket list thing. But in reality, it’s very uncomfortable wearing a corset for ten hours a day. You can’t really breathe. There’s a lot of layers and they all take a long time! I just don’t know how women did it back then. It would take hours to dress and you had to rely on someone else to dress you, because you can’t put on a corset by yourself. It was very oppressing.

How was filming at Hanging Rock?

Filming at the Rock was really exciting, because I’d never been there before and you do feel this sense of magic. Not so much in the sense that Joan Lindsey had created, but because it is such an amazing place for the indigenous communities and it was amazing to come and meet those who have been telling stories there for so many years. You can feel the historic and religious energy from being up there.

What can audiences expect from the series?

This show is not based on the film, it’s based on the book with its multiple storylines. It’s not ethereal and feminine like the film, this is really rock and roll. It’s punky and punchy. It’s going to be so awesome and bad-ass.