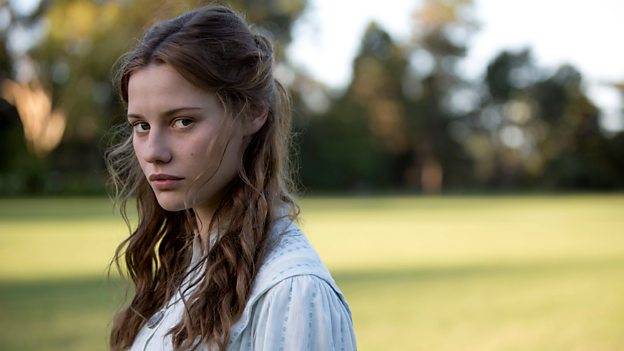 I think out of all the girls she’s really tasted the notion that women are equal to men.Lily Sullivan

How would you describe Picnic at Hanging Rock?

I think we are taking a classic and a beautiful, period piece - and destabilising it. It’s also following powerful, beautiful, strong, twisted, tormented, flawed women.

Tell us about your character, Miranda…

Miranda is a bit of a dreamer. She has to be, considering the world she has been thrust into. She definitely likes to escape reality. She’s earthy, strong, opinionated… I think that comes from growing up on a farm with four brothers, totally treated as an equal - gender does not apply whatsoever. I think out of all the girls she’s really tasted the notion that women are equal to men.

Growing up, it was my mum’s favourite film - so I had seen it a bunch of times. As a kid there was that haunting element, but then also the beauty of it… I was so excited to jump into the TV adaptation, because the film is such a beautiful, moving poem.

Before I found out I got the part - the day before my final audition - I went to the Rock for the first time and started running my lines dramatically whilst having a picnic on one of the big, giant boulders - looking out onto the horizon. It was wonderful.

I also read the book for the first time. It was so exciting to see that Joan Lindsey had such a hatred and dislike of the idea of time. The movie captures that really weird, lucid feeling. It was wonderful to dive deep into all of the characters’ subconscious and psyches - and to then read Beatrix’s adaptation of the script, which is so much deeper and darker and messier and real. It’s the grittier side. It’s exciting. This house is this big vortex, it’s the heart of all of these strong spirits.

I think all the characters are a different version of one another. It’s one human. We’ve got Marion, who is the intellect. We’ve got Sarah, the innocence. Mrs Appleyard is the broken, fractured woman. Miranda is the earthy, free-spirited one. Irma is unapologetic, wealthy, upfront… She has that power that wealth could always bring you then, a power that women should always have anyway.