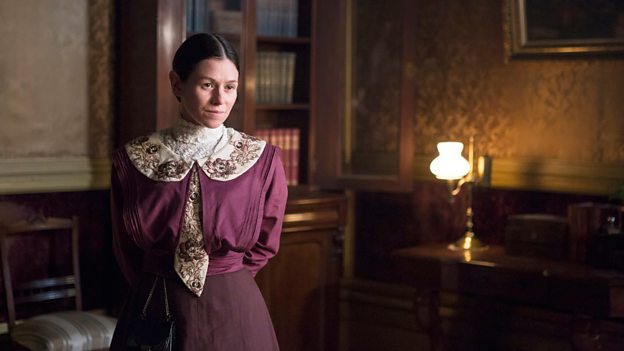 I don’t think any of the other teachers really like her and I’m quite sure none of the students do.Yael Stone

Tell us about your character…

I play Dora Lumley and Dora is the most fun character in the show, I’m happy to say! She has all the jokes! No. She’s not at all fun… She’s not having a great time. Life’s a bit of a struggle for Dora. She’s not well liked, she’s not well loved. The closest relationship she has is with her brother and he’s quite controlling. The safest place she’s been is the college and here she clings to the notion that she has a small amount of power. People don’t really like her because of that. I think all she’d really want is to have a friend or a confidante like Mrs Appleyard - somebody that she could admire and who would admire her diligence and her modesty, but I don’t think that’s the case.

How did you feel about the adaptation?

The first time I spoke to Larysa, our set up director, I felt a lot more confident about this idea of remaking such a classic film, because she had such strong visual ideas about what she wanted to do and the ways that she was going to explore the story.

How did you achieve the transformation of becoming Dora?

Dora has a particular look - it’s not very glamorous! I wear absolutely no make-up. They push my eyebrows up and paint my teeth yellow. I also get a piece of organic brown napkin and I fold it in four and then in half again and shove it in my mouth, because Dora has an under bite. It’s quite humbling to appear digitally in such a manner - I’ll probably regret it! But it’s good fun to be so raw.