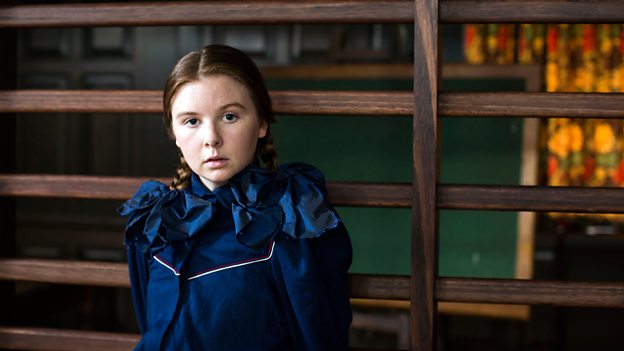 I think the really cool thing about this shoot in particular is all the women on it. We’ve got this powerhouse cast of amazing females.Ruby Rees

Tell us about your character…

I play Edith Horton. Edith is lots of fun. One of the scripts of the later episodes describes her as a moggy - like a lazy cat. I think she’s very hungry for attention and love. She’s lots of fun. She wants to be a part of everything and she wants to be in the middle of all the action. She wants to go on adventures a lot of the time - sometimes to her own detriment.

I think the really cool thing about this shoot in particular is all the women on it. We’ve got this powerhouse cast of amazing females. Both of the writers are females and we have two female directors. The more time I spent in pre-production and started to realise who I’d be working with, the more excited I became.

The costumes really helped me find that in-road to Edith. The first time I put the school uniform on in costume trials, I went to touch my chest and my skin felt miles beneath the surface. There are so many layers of fabric between you and the outside world, you almost don’t have the sensation anymore. That was a real insight into how their day-to-day life was. It’s quite scary!

I think the cool thing about doing this project in 2017 is that we can come at it with the current perspective. We've learnt everything we’ve learnt and we know everything we know. I feel like some of the stuff we’re doing in the scenes, we feel now that it’s outrageous and we can’t believe some of the things that these girls are going through. To have that in your mind when playing these people who didn’t know any different is interesting and informs the performance.