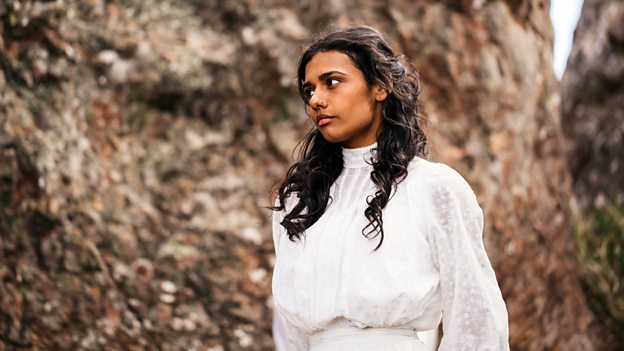 To go into such an important place, which means so many different things to different people - it was important to go in respectfully and to leave respectfully.Madeleine Madden

Who is Marion Quade?

Marion Quade is a total bookworm. She’s very independent and she prides herself on her intelligence. She’s also really brave and follows her heart. She isn’t afraid to show who she really is. She draws a lot of strength in doing that from Irma and Miranda. When I first heard that they were doing a remake and that I’d got an audition I was quite surprised, as I never would have imagined myself to be in Picnic at Hanging Rock. From then I knew it was going to be something quite exciting - and a challenge.

What preparation did you do for the role?

Marion’s character is someone who is not often spoken about or celebrated in history, but she is one of those women that definitely would have paved the way for society and women. I did have to do a lot of research into how women spoke and what roles women like Marion had in society. I did a bit of research into the women from the British Indian colonies to see what their roles were. They were perceived as being quite exotic - a bit of an outsider, which is what Marion really is. She’s an outsider.

It would be really difficult to live in that era. Especially for women, they had no control over their bodies or what they wanted to do or who they wanted to marry. That was all up to somebody else. I definitely could not have lived in that era. There was just no freedom and women were so suppressed emotionally and physically - the corsets mean you are so restricted to what you can actually do.

What was it like to film at Hanging Rock?

It was amazing filming up at the Rock. I’ve worked there before on a job before I got this one. It was really important for me to be welcomed to the Rock by the clans that surround the Rock. To go into such an important place, which means so many different things to different people - it was important to go in respectfully and to leave respectfully. You can feel that it’s a very spiritual place. Everyone was saying that you get this feeling when you’re up there, because it does hold such significance.