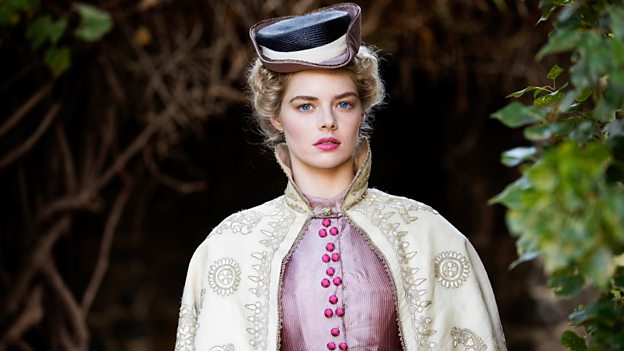 My role is to help the actors and the director develop their characterisation through a visual representation of that character by what they wear.Edith Kurzer

What is your role?

I’m the costume designer for Picnic at Hanging Rock and my role is to help the actors and the director develop their characterisation through a visual representation of that character by what they wear.

How did you prepare for Picnic at Hanging Rock?

In pre-production, first of all you start with the script and talking to the director about their vision of what it’s about. With it being a period piece, there’s quite a lot of research involved. First of all, knowing what the period was like and working out what you want to take from that period to recreate the world that we are working within. Late 1890s is a very distinctive period. It’s all about the waist. All the shapes of the clothing people were wearing were all about accentuating the waist, which is why all of the shoulders and sleeves became wider and wider. The wider you are at the top, the narrower you can make the waist look. The corsetry also helps with that. It’s getting all the undergarments to work to make what you put over the top work. There are a lot of layers for these costumes.

How do you design for each character?

You come at it from different angles. One is creating a whole wardrobe for each character, so that you have a unity within what their costumes are. That’s dictated by the script and what happens to that person. In the case of Hester Appleyard, who is the character played by Natalie Dormer, it’s very much that she comes from a very dark past in London and comes to Australia to reinvent herself. It was very much about creating that change and that reinvention and also her development character-wise is reflected in the costumes as well.

Filmmaking is a very collaborative profession and it’s very important for me to have a good relationship with the hair and makeup team. I think they’ve done a very good job in being able to bring the total character to life. The relationship that we also have with the Director of Photography is very important and the way he lights the people. There are various things in the opening outfit that Natalie wears, for example, we added a lot of little red crystal beads in relation to our work with the Director of Photography who was then going to light the costume so those beads were highlighted to make beautiful reflections within the costume and within the wider set, which I think looks fantastic.