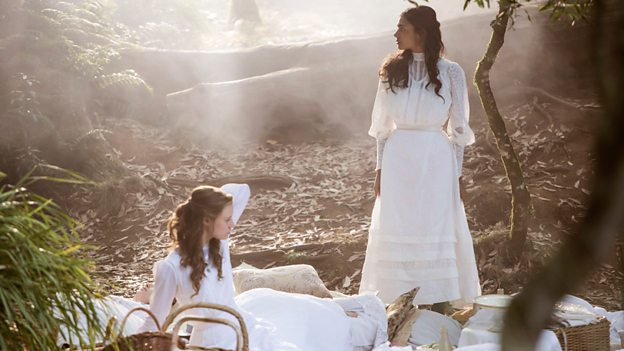 They’ve invented this world of beautiful, imagery-based storytelling, which was something I hadn’t seen before.Larysa Kondracki

What stood out to you about this project?

It’s interesting. I wouldn’t say anything stood out, because I knew the story and I was quite familiar with the film but reading what Bea and Alice did to these scripts was particularly interesting, as they got into the girls and Hester as characters. They’ve invented this world of beautiful, imagery-based storytelling, which was something I hadn’t seen before. As a director you get very excited about something like that.

So much of the story is told visually and that’s really exciting. It’s a challenge in a way - both visually and on a performance level - because the scripts are so nuanced. That doesn’t mean there’s no story there; it actually means there’s a tremendous amount of story there. So to do that, I think that’s something I hadn’t seen in a while. All credit goes to the scripts there. And for us - I don’t think anyone wanted a stuffy, period piece. On the page the story is so alive and there’s so much emotional subjectivity - it’s experiential. When you’re given the opportunity to capture this visually, you can look at the lenses and ways to do this. Immediately, what I wanted to do was to try to give the story the scope that it had - so we brought in anamorphic lenses that has given it almost a bend. You always plan for something but you end up with something new. We say sometimes it feels like Fantasia on acid.

How would you describe Picnic at Hanging Rock?

It depends on the day. Sometimes I would it call it a mood poem. On other days we would call it “enchanted chiller”. It also depends on the episode, as every episode is a bit different. It really isn’t a television show in that way, it is a six-hour movie. I think that was a challenge too - how do you make things feel so different and yet cohesive at the same time? It’s really not the film, it goes back to the book. So you don’t feel like you’re trespassing or copying. There’s a few moments where we absolutely want to pay tribute to the film and there’s a bit of an homage - but for anyone who is afraid that it’s a rip off or a modern update, it really isn’t. It is true to the book, but it has taken on its own form.