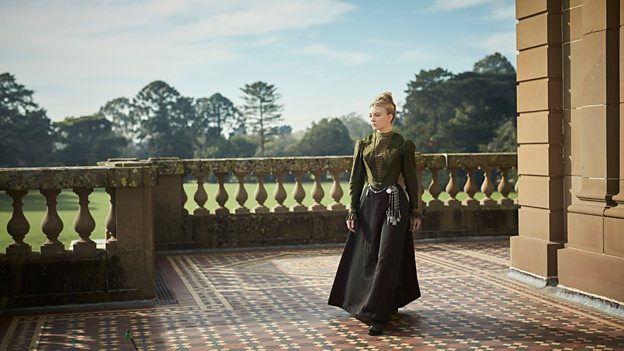 It is like a ghost story, as well as a mystery. I think the characters in their own way are as haunted as the landscape.Beatrix Christian

When I agreed to do this project, I don’t think I knew what the project was. When I heard it was going to be Picnic, my first response was that very Australian response: why? And then I read the book. Very early in the book it says that Miranda was a girl from a farm in far north Queensland - and I live in far north Queensland now and I thought - that wasn’t in the film. That little detail hooked me in. When I read the book, I thought - this is about a whole lot of people who weren’t in the film and it became this fascinating project. In the film, people may not realise this but Miranda had two lines, so bringing those girls to life was a gift. You have to be brave enough to change things and reimagine them for a new era.

What is the series about?

I think of it as a coming of age story. It’s about a country that is trying to find its own identity, it’s about these girls who are questioning what they’ve been taught and even the woman who runs the college - it’s about her reinventing herself.

What should audiences expect?

I think people who know Miranda from the film will be quite startled to get to know these girls. They are a perfect storm of adolescence, which brings a whole system down.

It is like a ghost story, as well as a mystery. I think the characters in their own way are as haunted as the landscape. I think the characters are going to be the most surprising thing. They are quite wonderful. It’s not so much about a picnic at a rock. The Rock, of course is magnificent, but these people are extraordinary - and we’ll recognise all of them.