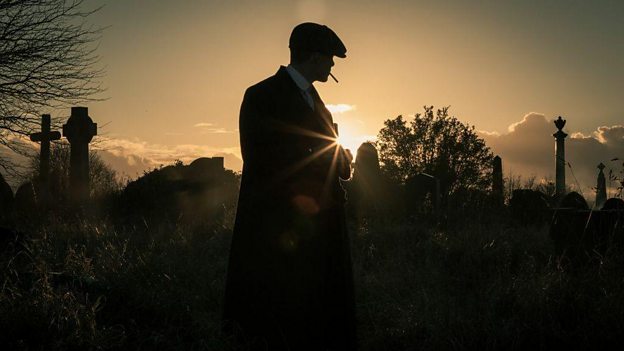 The first thing that I noticed, and the first thing that everybody notices, is this amazing world that Steve depicted. It felt like a world I’d never seen before, and the level of detail and description in the script was just incredibly alluring."Otto Bathurst, director, Peaky Blinders

What was your vision for the show?

I had no interest in making was a historical drama. I had no interest in just sort of rewinding the clock, and telling you what it was like in 1919. I was passionate that this should be lit and shot in exactly the same way as if this story was completely contemporary. Once I took off the shackles of historical accuracy, then you kind of go ‘cool’ now we can have some real fun here we can make a really cool show.

Quite early on in the process, I remember the opening line of Goodfellas which is ‘From as far back as I remember, I always wanted to be a gangster’ and that for me, became this project. It was about creating this world that as a viewer you just want to go there and want to be in this gang.

Tell us about the sets and design

For example, the set for the Garrison Tavern was one of our main sets. What’s cool about this set is that it kind of perfectly illustrates what we were trying to get at. So scripted it’s kind of just written as the local pub. But once you get all the extras in here and once you get them singing, and you get the drinks pouring it just had an incredible, incredible atmosphere.

Tell us about the ‘look’ of the Peaky Blinders boys

The big one with this was going to be the haircuts. I wanted to create a really specific look, that as an audience you go that is a very, very, very strong haircut! And so we showed the actors the haircut and they said ‘You’re joking! I’ll look like an idiot, I can’t do that, I can’t do that’ and it literally took a week to persuade our four men to go the whole way.