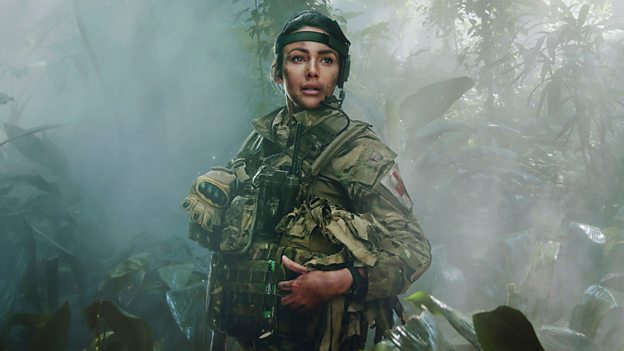 Category: BBC One; Drama; BBC Studios
Our Girl returns to BBC One this June with Michelle Keegan at the helm as Corporal Georgie Lane.

Written and created by Tony Grounds and made by BBC Studios, this outing to Nigeria, Belize and Bangladesh follows last September’s Nepal Tour and consists of eight episodes.

Still grieving and heartbroken from the death of fiancé and Special Forces agent Elvis Harte, Georgie returns to the front line and is sent to Nigeria on a training mission alongside 2-Section. Working as part of the British Army’s effort to help train local forces in the fight against terror, Georgie is helping to train local medics and overseeing a local women’s health initiative but soon is put on edge when she encounters a local crime boss and a seemingly ruthless band of mercenaries in the village near where a group of local school girls have been abducted.

Executive produced by Tony Grounds, Hilary Salmon for BBC Studios and Mona Qureshi for BBC One. The series producer is John Griffin and producer is Lizzie Rushbridger.