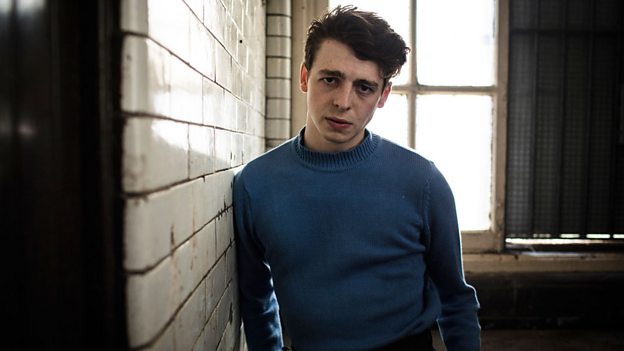 This script was a revelation to me. It was explosive, in your face, no nonsense drama that is as dark at its heart as any story can get.Anthony Boyle

Describe the character of Jack Argyll and how he fits into the story?

Jack is one of the Argyll adopted siblings who have all been home schooled and brought up at Sunny Point together. Jack is probably more mixed up than the others in that he is a bit of a troublemaker. On the outside he laughs it off as ‘harmless’ fun, but on the inside we see it comes from a place of deep pain and a desperate need to be loved.

What is it about his relationship with his mother Rachel that brings out the worst in Jack?

Rachel likes to present the perfect façade of a perfect family to their perfect friends, but if you scratch the surface you see the cracks are very much there. And Jack sees it all and sees right through his mother.

What’s his relationship like with his adopted brothers and sisters?

There is an almost feral element to them when they were young and for inspiration we looked at the photography of Sally Mann who photographed her children in what she called their natural habitat; naked and running through woods.

Leo finds it easy to show affection and love to the other children but there has always been a distance there between them. Jack in turn plays a trump card by pushing his father’s buttons and playing up to Mrs Gould.

Were you familiar with Christie’s work prior to taking on this role?

Like many other people I had a preconception of Christie’s heroines being old ladies who find clues in flowerbeds and then discover it was the butler, so this script was a revelation to me. It was explosive, in your face, no nonsense drama that is as dark at its heart as any story can get. Sarah’s language and treatment of the story felt very modern and superbly structured.

Kirsten plays a big role in all the children’s lives. How did you feel reading that particular storyline unfold?

Without giving anything away when I got to that part of the script it was such a page-turner moment. I couldn’t believe what I was reading – it is a superb twist and a heart-breaking moment, it was great to play.

How did coming to film in the house help with completing the story?

Suffice to say I didn’t grow up in a house like the one we filmed in. The complete opposite in fact and to see how vast it is here is alien to me. These big houses can feel very isolating as opposed to the two up, two down that I came from.

In terms of Jack’s story, was it something you wanted to get your teeth into?

In some ways Jack is like Lady Macbeth, he’s not really in the story that much but when he is he makes it count. He makes every scene about him. He’s the provocateur that comes in and shakes it all up. Jack is always active and hardly ever passive in a scene so that kind of a character is very satisfying to play.

Has Sandra give you any particular notes that tonally resonated with you and helped you form Jack’s character?

Sandra has a key to my soul; if I wasn’t getting the gist of a certain scene Sandra would whisper in my ear and just make sense of it all and it would become clear. She’s a pretty phenomenal director.

I try and understand the characters I take on and once I understand them it helps me to play them? I’ve never asked myself if I actually like them. Maybe when I see it and watch it back I’ll see if I like him or not.