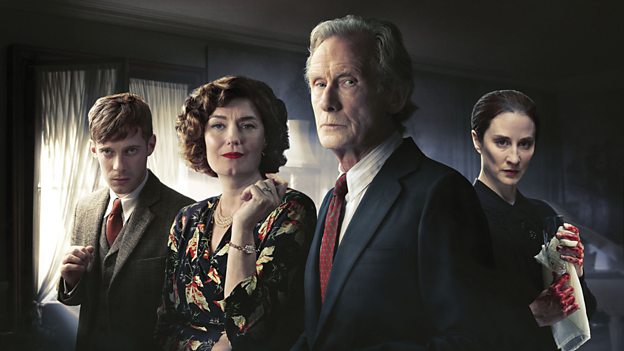 Category: BBC One; Drama
Wealthy philanthropist Rachel Argyll is murdered at her family estate Sunny Point. Her adopted son Jack Argyll, a young delinquent, is arrested for her murder. He vehemently protests his innocence.

Eighteen months later, Dr Arthur Calgary, a mysterious scientist, walks onto the velvety lawns of Sunny Point claiming to have just returned from an expedition to the Arctic. Even more extraordinary is his claim to hold the alibi that can prove Jack’s innocence. But Jack died in prison before the case could come to trial, and the Argyll family is reluctant to dig up the secrets of the past.

Rachel’s widower Leo is about to remarry his secretary Gwenda and none of Rachel’s other adopted children Mary, Mickey, Tina or Hester, nor longstanding housekeeper Kirsten, is willing to reopen that most horrendous chapter of their lives. However, the shattering implications of Calgary’s story are too big to avoid; if he is telling the truth then the wrong person was arrested for Rachel’s murder. And if Jack is innocent, then it must have been somebody else at Sunny Point. Somebody still out there…

Coming to BBC One on Sunday 1 April at 9pm