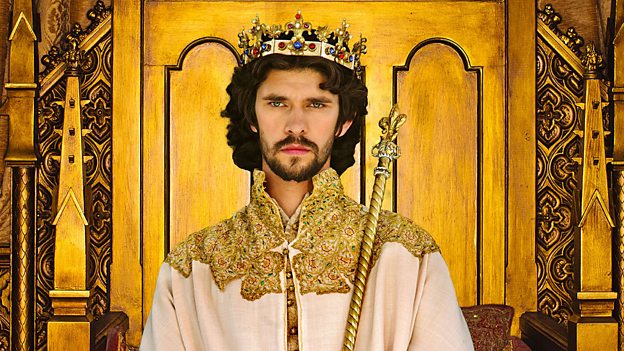 Category: BBC Two; Drama
Neal Street Productions with NBC Universal and WNET bring together a world-class cast and crew for a major new cycle of four of Shakespeare’s most acclaimed history plays.

Production designer is Andrew McAlpine (An Education, The Piano), with Danny Cohen (The King’s Speech) as director of photography and Odile Dicks Mireaux (The Constant Gardner) as costume designer.

As with Richard II and Henry V, these bold adaptations are set in the medieval period and are being shot at some of the UK’s most stunning locations. The films will bring a new scale to Shakespeare in one of the most ambitious television projects of recent years.

Production designer is Donal Woods (Downton Abbey, Cranford) and the costume designer is Annie Symons (Gideon’s Daughter, The Crimson Petal And The White).

In the final film of these striking adaptations of four of Shakespeare’s most acclaimed history plays, Tom Hiddleston ascends to the throne to play the role of King Henry V. The play has been adapted by Ben Power, Associate Director of the National Theatre, and is directed by award-winning theatre director Thea Sharrock, whose recent productions include Equus and The Misanthrope. The production designer is Alan MacDonald (The Queen) with Annie Symons continuing as costume designer. The director of photography is Michael McDonough (Winter’s Bone).

With filming complete on Richard II, Henry V will be the next film in the series to go into production, followed by Henry IV in the new year.