Giving 500 young, emerging artists a platform to tell the stories they want to tell and bringing them to BBC audiences 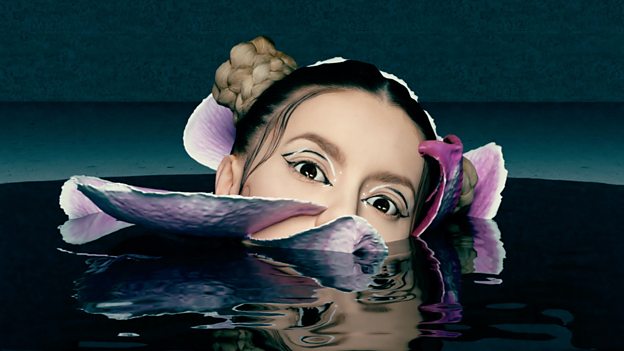 New Creatives is one of the biggest commitments to new arts talent in a generation. We’re incredibly proud of what our first tranche of artists have achieved and really excited to be launching those commissions today. Lamia Dabboussy

A key component of BBC Arts’ Culture UK Partnership framework, New Creatives will, over two years, give 500 artists aged 16-30 the chance to develop their technical and creative skills and the opportunity to have their New Creatives commissions broadcast on BBC platforms.

The pieces commissioned in this first tranche include drama, animation, comedy, spoken word, soundscapes, music and dance. Topics range from immigration to mental health, explorations of gender, society, climate change, social media, artificial intelligence, grief and love, to an aural exploration of the sounds of a south coast amusement arcade.

New Creatives aims to give opportunities to emerging artists from backgrounds that are currently underrepresented in the arts and broadcasting, offering a unique platform for young, emerging artists to tell the stories they want to tell, bringing them to BBC audiences across BBC TV, radio and online.

Lamia Dabboussy, Executive Editor, BBC Arts, says: “New Creatives is one of the biggest commitments to new arts talent in a generation. In partnership with Arts Council England, New Creatives, will, over two years give over 500 artists aged 16-30 the chance to develop their creative and technical skills, benefit from hands-on mentoring and have their work broadcast across BBC platforms as part of BBC Introducing Arts.

"We’re incredibly proud of what our first tranche of artists have achieved and really excited to be launching those commissions today. The arts matter: for sharing ideas and perspectives, asking important questions and for our well-being. Working in partnership with the sector, BBC Arts is committed to creating and commissioning more arts content than any other broadcaster in the UK. And now BBC Arts offers an essential and significant platform for emerging artistic talent.

"The work you will see and hear over the coming months gives an insight into subjects that matter most to our younger audiences - all explored in a unique way by a new and diverse generation of voices waiting to be heard.”

Simon Mellor, Deputy Chief Executive Arts & Culture, Arts Council England, says: “Arts Council England is committed to supporting the development of creative talent from all our communities across this country. We’re delighted to be working with the BBC to deliver on this commitment.

"New Creatives will provide a new generation of artists with opportunities to develop their creative and technical skills and reach new audiences. The 500 commissions taking place over the next two years will showcase the wealth of young creative talent currently emerging in England. We’re excited to see what audiences will make of their work as they experience it on BBC platforms and beyond over the next few years.”

Selected commissions from the first tranche of the New Creatives talent development scheme will begin to air from autumn 2019 across the BBC:

BBC Four: On 29 September, BBC Four will broadcast a special programme presented by Lemn Sissay. Entitled, BBC Introducing Arts: Rhyme & Reason, this unique compilation of short films will feature several New Creatives commissions and offer a snapshot of a new generation of artists who have been inspired by poetry and the spoken word.

Further New Creatives programming will be scheduled in the coming months on BBC Four.

BBC Radio (all radio, music and podcasts are available on BBC Sounds)

BBC Sounds: listeners will be able to find BBC Introducing Arts dramas on BBC Sounds. Commissions featured this autumn will include:

BBC Local Radio: New Creatives content will be broadcast throughout the year on Local Radio stations.

The New Creatives Network of five creative media production organisations across England were tasked to find, nurture and showcase emerging talent. Each centre acted as a regional development hub to support talent, and worked with other partners across the wider area to support diversity and social mobility in the arts and broadcasting.

Stefan Kalmár, Director, Institute of Contemporary Arts, says: “It is revealing to see the breadth of young artists and filmmakers applying to be a part of this extraordinary project. There is a real diversity emerging within these voices and commissions. Our strong relationship with our partners will nurture these emerging talents and offers crucial support throughout the entire production process.

"The overwhelming number of applicants to the ICA is a true indication of the need for such a programme and support of artists’ and filmmakers’ development. We are excited to see the impact that these new works will have when they reach BBC audiences.”

Jo Nolan, New Creatives South East, MD Screen South, says: “New Creatives is proving to be an excellent opportunity, giving emerging talent the opportunity to create diverse and original projects across the creative digital arena. The unique range of digital formats available and the chance to try something innovative and groundbreaking is proving compelling to all involved.

"The spirit of openness from BBC Arts and Arts Council England has been reflected in the range of work being commissioned and is promoting a very positive message in presenting unique ideas and new voices across Audio, Film and Interactive. I have been particularly impressed at the drive to put the artist first, allowing young people to really put their vision and voice at the forefront of the productions.

"The promise that New Creatives will support artists to take risks and push their creative boundaries is certainly coming to fruition with Screen South’s partnership, and we are looking forward to producing more provocative and inspiring projects over the next year.”

Grant Black, Creative Director, Rural Media, says: “The New Creatives programme has been a fantastic opportunity to unearth young talent in the Midlands and give them an opportunity to learn and develop whilst producing work for the BBC. The process of delivering a piece of work for a national broadcaster is such a vital way of growing as a professional and establishing a career in the creative industries. For Rural Media it’s been incredible to see the array of new stories and fresh perspectives expressed through the work, shining a light on what it means to be a young person living in England today.”

Jeremy Routledge, Creative Director, Calling The Shots Films Ltd says: “New Creatives is a unique opportunity for young artists from across the South West to produce great audio, film and interactive content for BBC platforms. What’s different about New Creatives is that it delivers creative mentoring and technical help locally, where young people live, and is designed to be there exactly when they need it on their creative journey. The programme is designed to help them, help themselves, with training in sound production and guidance in promoting their work beyond the ‘regular' channels, to social media, international festivals and online publications.

"So far, the work has been as diverse and unpredictable as you would expect from 16-30 year-olds, with an amazingly high standard set in musicals, poetry, comedy and drama.”

Ian Fenton, Creative Director of Learning & Participation, Tyneside Cinema, says: “As an organisation we're committed to creating opportunities to help people reveal their talent; where they can use that talent to make something that can be shared with others and have their voices heard.

"It’s great to be part of a deep network of organisations dedicated to creating these opportunities for a new generation of artists and to learn how to do it better by working together. Personally, what I love about New Creatives is seeing the light go on in an artist’s eyes when they’re struck with an idea - or part of an idea - that comes out of a discussion or a workshop, and then helping them to run with that to make something that stretches them creatively and professionally and seeing it - and them - connect with an audience.”

BBC Introducing Arts is a new way of offering commissioning opportunities to emerging artists and encompasses New Creatives, along with Now & Next in Scotland, Two Minute Masterpiece in Northern Ireland, and Ffolio in Wales. 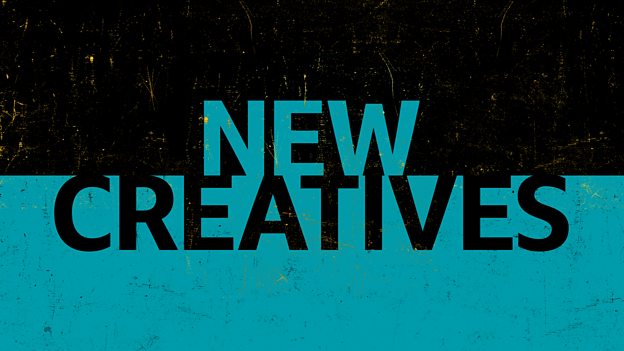