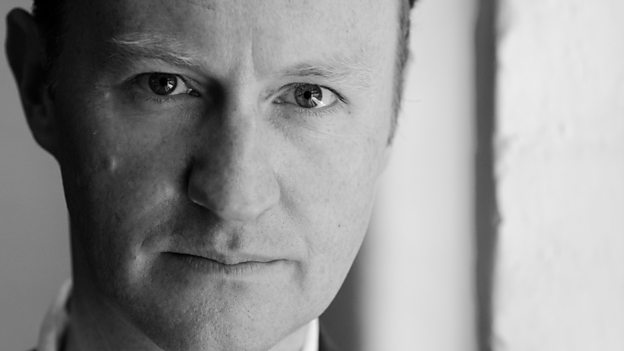 I'm thrilled and delighted to have been asked to curate this exciting series from both established LGBT writers and a whole host of new talent fresh to the screen. It's a privilege to be working with such brilliant writers and actors. At this challenging and fluid time, it's a marvellous opportunity to celebrate LGBT life and culture, to see how far we have come and how far we still have to go.Mark Gatiss

Some of Britain’s most brilliant up and upcoming LGBT writers are being given the opportunity to write original dramatic short films for BBC Four in a new project directed by Mark Gatiss which charts a century of the UK gay experience. For five of the writers - Keith Jarrett, Jon Bradfield, Gareth McLean, Matthew Baldwin and Michael Dennis - this is the first time they will have written for television. The other writers are Jackie Clune and Brian Fillis; Mark Gatiss has also written one of the eight plays.

The monologues begin in 1917 with The Man on the Platform - the story of a young man returning from the trenches of the First World War and reflecting on both his attraction to another man and a very particular childhood memory. Other stories include Jackie Clune's The Perfect Gentlemen in which we meet Bobby, a man with a very unexpected secret and Brian Fillis' More Anger which examines the journey of a young gay actor in the 1980s.

Taking in 1957's Wolfenden Report, the HIV crisis and the 1967 Sexual Offence Act itself, these 15 minute monologues will mark and celebrate some of the most poignant, funny, entertaining, tragic and riotous moments of British gay history and the very personal rites-of-passage of gay Britons through the last 100 years.

Mark Gatiss says: "I'm thrilled and delighted to have been asked to curate this exciting series from both established LGBT writers and a whole host of new talent fresh to the screen. It's a privilege to be working with such brilliant writers and actors. At this challenging and fluid time, it's a marvellous opportunity to celebrate LGBT life and culture, to see how far we have come and how far we still have to go".

Cassian Harrison, Channel Editor, BBC Four says: “I’m so excited to welcome Mark and his team of incredibly talented writers to BBC Four. They are crafting an extraordinary roster of stories, heart-breaking and joyous by turns, that I know will delight our audience.”

Queers is being produced in partnership with The Old Vic who will stage all eight of the monologues in July, in the run up to the television transmission. Tickets for the live staging will go on sale this Spring.

The 8x15 mins series was commissioned by Cassian Harrison and Mark Bell, Head of Commissioning, Arts and is being made by BBC Studios where it will be Executive Produced by Pauline Law.

Keith Jarrett is a former UK poetry slam champion and Rio International Poetry Slam Winner 2014. He is a PhD scholar at Birkbeck University, where he is completing his first novel. His poetry pamphlet, I Speak Home, was published last year and his first full collection, Selah, is out this April. Keith was a Fiction Fellow at Lambda Writers’ Retreat in Los Angeles, 2015. His stories have appeared in anthologies and magazines, including Attitude and Tell Tales IV. His influences range from Caribbean trickster figures to Latin American surrealist authors.

Jon Bradfield is the co-writer and songwriter of London's longest-running and most popular alternative pantomime series, having created eight adult Christmas shows for Above The Stag Theatre including most recently Beauty On The Piste and Tinderella - Cinders Slips It In, each of which played 50 sold-out performances. With the same co-writer Martin Hooper he wrote the play A Hard Rain which has been performed in separate productions in London and New York and he wrote the music and lyrics and co-wrote the book for the musical Get Em Off. Jon has also contributed to the long-running topical sketch show News Revue at the Canal Cafe Theatre. He has written articles for the Guardian, Attitude and Exeunt. Jon is also a theatre marketer and graphic designer.

Gareth McLean trained as a journalist and has written for The Scotsman, The Guardian, Radio Times, Attitude and Buzzfeed, among others. He is also an irregular contributor on Radio 4's PM and Broadcasting House, and on The World Service's Weekend. He began working in television in 2013, as a storyliner on Coronation Street, where he worked for two and a half years. During that time, he helped kill Hayley Cropper. After a stint on Emmerdale - where, unusually, he doesn't recall killing anyone - he started writing his own scripts and working in drama development for companies such as Playground Entertainment. He also works with filmmaker and activist Deeyah Khan, who is a Unesco Goodwill Ambassador for Creativity and Artistic Freedom.

This is his first script commission.

Matthew Baldwin is an actor and writer. In 2013 Matthew and his colleague Thomas Hescott developed The Act, a play for one actor revolving around the 1967 Sexual Offence Act. Matthew was nominated for an Off West End award for Best Actor and jointly with Tom in the category of Best New Playwrite. In 2014 The Act transferred to Trafalgar Studios in the West End with Matthew reprising his role.

Also in 2014 Matthew and Tom wrote Outings for James Seabright Productions which enjoyed a successful run at the Gilded Balloon for the Edinburgh Festival and subsequently a national tour featuring Simon Callow, Julie Hesmondhalgh, Stephen K Amos among many others.

Jackie Clune is a writer, actress and singer who lives in east London. She has published numerous features for The Guardian (Weekend magazine), The Daily Mail (Femail), The Mail on Sunday (YOU magazine), The Observer, The Independent, Red magazine, and The Scotsman. In 2012 she had her own column in Top Sante magazine. In 2004 she published her first novel Man of the Month Club and in 2006 Extreme Motherhood - The Triplet Diaries and she is currently writing a one woman play. She is the mother on four children, including a set of naturally conceived triplets. She is a regular contributor to the Jeremy Vine show on BBC Radio 2, and has also contributed to various BBC Radio 4 arts programmes (Front Row, Woman’s Hour, Loose Ends). She is currently writing her second novel for the young adult market.

Brian Fillis's previous work on TV includes The Curse Of Steptoe, a single drama for BBC Four which aired in March 2008 and won the RTS Award for Best Single Drama. His TV debut was his adaptation of his cult comic play Fear Of Fanny for BBC Four starring Julia Davis and Mark Gatiss which was nominated for a string of awards including a Broadcast award for best single drama and an RTS award for Julia Davis. Brian was himself nominated for the Breakthrough Talent award by BAFTA in 2007.

In February 2009, An Englishman In New York had its world premiere at the Berlin Film Festival followed by a broadcast on ITV1. The drama told the story of Quentin Crisp’s latter years in New York and starred John Hurt - thirty four years after he first portrayed Crisp on screen.

In 2010, Excluded, a single drama for BBC Two, was seen by 1.4 million viewers as part of the channel’s School Season and in 2011 he created and wrote three episodes of Sirens, which aired on Channel 4 in the summer of 2011.

Brian has several projects in development, including Endangered, a returning series with Simon Maxwell at Channel 4, and a feature biopic provisionally titled I (Who Have Nothing) with Rainy Day Films. He recently worked on episodes for Simon Beaufoy's upcoming FX series Trust and Tatau, a BBC Three drama which aired in 2015.

Mark Gatiss is an actor, writer and producer. He first found success with The League Of Gentlemen, with whom he won the Perrier award at the Edinburgh Fringe Festival in 1997, and went on to enjoy a radio series and three TV series on the BBC and big screen outing in 2005. A lifelong fan of Doctor Who, he has written nine episodes since its return to TV in 2005 and has appeared in the show twice.

He is perhaps best known as the co-creator and co-writer of the award-winning global phenomenon Sherlock, alongside his friend and colleague Steven Moffat, in which he also plays the role of the detective’s older brother, Mycroft Holmes. Other notable tv credits include London Spy, Wolf Hall, Coalition, Mapp And Lucia, The Crimson Petal And The White, Nighty, Night, The Wind And The Willows and Sense And Sensibility. Film credits include: The Knot, Denial, Absolutely Fabulous, Dad’s Army, Our Kind Of Traitor, Bright Young Things and Starter For Ten.

Theatre credits include: Menenius in Coriolanus (Donmar Warehouse), for which he was nominated for an Olivier award for Best Supporting Actor, Agrado in All About My Mother (The Old Vic), Bernard in Season’s Greetings (National Theatre), Charles I in 55 Days (Hampstead), Captain Brazen in The Recruiting Officer and Stephen Crosswell in The Vote (both Donmar Warehouse), and most recently Dr Shpigelsky in Three Days In The Country (National Theatre), which saw him awarded Best Supporting Actor at this year’s Olivier Awards.