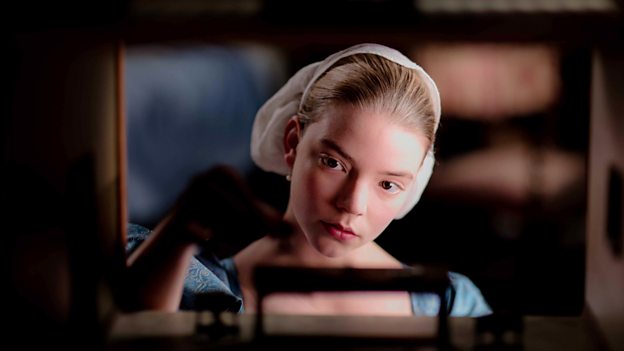 I first came across Jessie’s extraordinary book in manuscript in 2013. I read it in one sitting and was determined to have itKate Sinclair, Executive Producer

"I first came across Jessie’s extraordinary book in manuscript in 2013. I read it in one sitting and was determined to have it. There was a bidding war between publishers and it took a further year, in which I met both Jessie and her agent Juliet and made an offer. I had to wait a further 12 months until they finally agreed - it was the hottest book of the decade! But most importantly for me it was a very original story, which I wanted to do justice to, not least because it was both compelling and original.

Set in 1686, 18 year-old Nella Oortman knocks at the door of a grand house in the wealthiest quarter of Amsterdam. Full of hopes and dreams, she has come from the country to begin a new life as the wife of wealthy merchant, Johannes Brandt. But instead of Johannes, she’s met by his cold sister Marin and quickly realises that nothing is as it seems in the Brandt household.

When Johannes finally appears he presents her with an extraordinary wedding gift: a doll’s house replica of their home. It is to be furnished by an elusive miniaturist, whose tiny creations mirror what is happening within the house in unexpected ways and seem to be predicting and unravelling the future with unsettling accuracy.

First off, I knew I had to get a great partner on board - and that was my wonderful executive at the BBC, Elizabeth Kilgarriff, who, luckily for me, loved it as much as I did and has been a great support through the whole process. The next step was to find a great script - and John Brownlow has done a brilliant job - and then to have an extraordinary cast, one that was not necessarily familiar to a TV audience. I’m incredibly proud of them and I think they truly reflect the characters Jessie created.

Lastly it was so important to make sure it looked beautiful and sounded beautiful. This has truly been a labour of love from everyone involved, from casting to the visual look of the show in all its elements. I feel really lucky to have worked with such a wonderful craft team."